It’s that time of year again — Christmas Eve! But more importantly, it’s the Kardashians’~Kristmas~ Eve party that has us very wishing for an invite every time. On December 24, the famous family went all out with the decorations, food and entertainment. But this year, Kourtney Kardashian took the reins and hosted at her spectacular house.

Kim Kardashian, Kourtney, Kylie Jenner, Kendall Jenner and Khloé Kardashian all shared several videos and photos with their fans, and it looked like it was one for the books. “How beautiful!” Kim, 39, said as she walked in the door, which was aligned with red flowers and candles. The KKW Beauty mogul was then greeted by carolers. “So homey,” she added as she showed her followers the Christmas lights and a sled in the outside area.

Sia — who previously sang at Kourtney’s 40th birthday party in April — performed once again, but this time she belted out her hit tunes including “Chandelier” and “Cheap Thrills.” The songwriter also sang “Snowman” in honor of this very merry time of year. The 44-year-old Australia native took the stage in a red outfit with a red and green wig on all while singing in a Barbie like box. Additionally, there was a dancer in a red and green bodysuit to the side.

Of course, close friends of the Kardashians were there including Stephanie Shepherd, hairstylist Jen Atkin, Khadijah Haqq, Malika Haqq and Travis Barker — who was rumored to be dating Kourtney at one point, but he said that was not true. Rob Kardashian decided to make a rare appearance while Tristan Thompson also scored an invite to the affair.

Santa even made a surprise appearance at the bash and took pictures with some of the partygoers in addition to the children. How sweet! 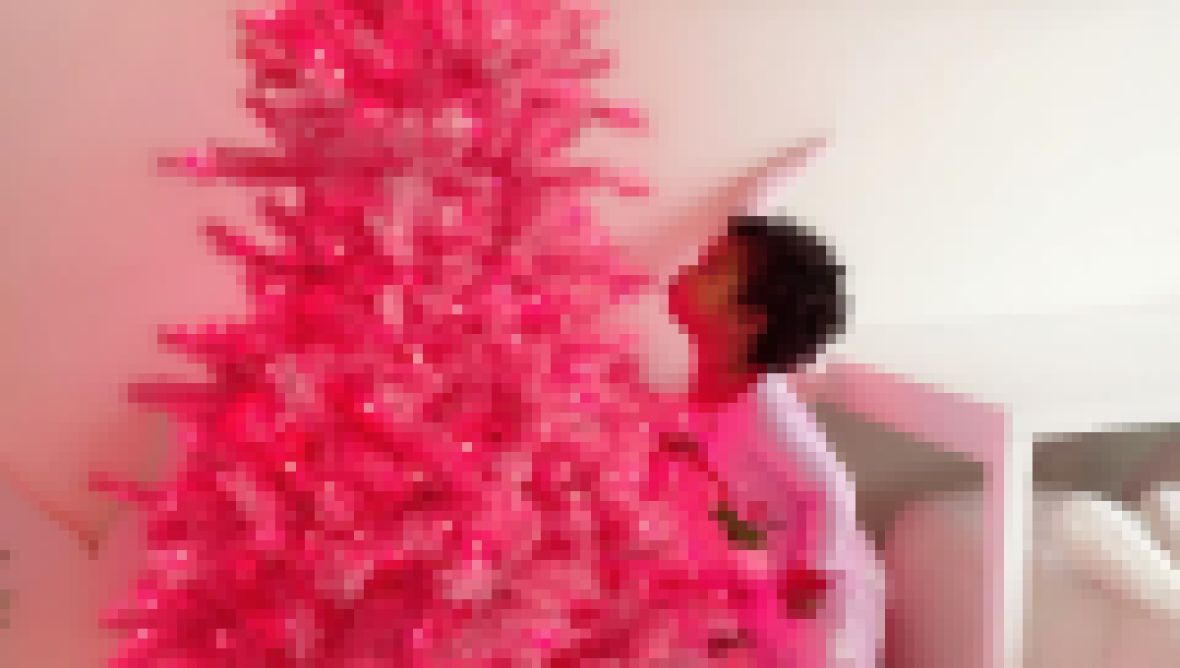 Lastly, who could forget about Kanye West’s Sunday Service? Not Kourtney! The Poosh founder was able to snag the Sunday Service choir for another amazing performance. Not only were people enjoying the Christmas tunes, but so was Kim’s son Saint West. In fact, he was on his dad’s shoulders as they sang to the crowd. What a sweet moment!

Looks like this year went smoothly! Now, can we get an invite for next year, please? Scroll through the gallery to see more photos of the night.

Imagine walking into this home … Yeah, we can’t either.

The brunette babe rocked a green dress with a necklace and earrings.

Kendall showed off her hair and makeup before the festivities.

The Sunday Service choir belted out some tunes later on in the night.

Penelope Disick wore a black dress and took a picture with her mama and Santa!

Kim and Kourt shared a sweet moment at the gathering.

Get it! Kylie danced to Sia’s songs.

Kylie and Mason Disick looked dapper in their outfits.

Saint held onto his dad as he danced to the music.

Sia put on one heck of a performance.

Kim, Kylie and Khlo looked like they were having a great time.

Love Is in the Air

So magical! Kourtney’s home looked amazing and cozy. Until next year!