Lookin’ good, mama! Ayesha Curry shared flaunted her post-baby weight loss with two photos of herself in a sexy bikini on Instagram on May 23 — and the pictures were taken by her husband, Stephen Curry.

“Took me long enough,” the 31-year-old captioned the snapshots of herself looking absolutely fire in a dark grey ribbed bikini. She also tagged her husband, 32, in the caption and added a camera emoji, giving the legendary basketball player credit for the steamy images.

The Food Network host has been working hard on her bod since the birth of their son, Canon, in July 2018. Fans and followers continue to be blown away by her photos on social media — and one finally asked her why she wouldn’t share how much weight she’s lost so far.

“I’m not done yet!” the Ayesha’s Homemade star replied to the user’s comment on Instagram on April 19. “LOL. I’m so close to my goal so I’m not trying to jinx myself.”

The Ontario native is known for being candid about body image. In fact, she spoke about getting plastic surgery as a result of postpartum depression after having daughter Ryan — and how she felt the decision to get a breast enhancement was “rash.”

“The intention was just to have them lifted, but I came out with these bigger boobs I didn’t want. I got the most botched boob job on the face of the planet,” the Seasoned Life author told Working Mother in May 2019. “They’re worse now than they were before. I would never do anything like that again, but I’m an advocate of if something makes you happy, who cares about the judgment?” 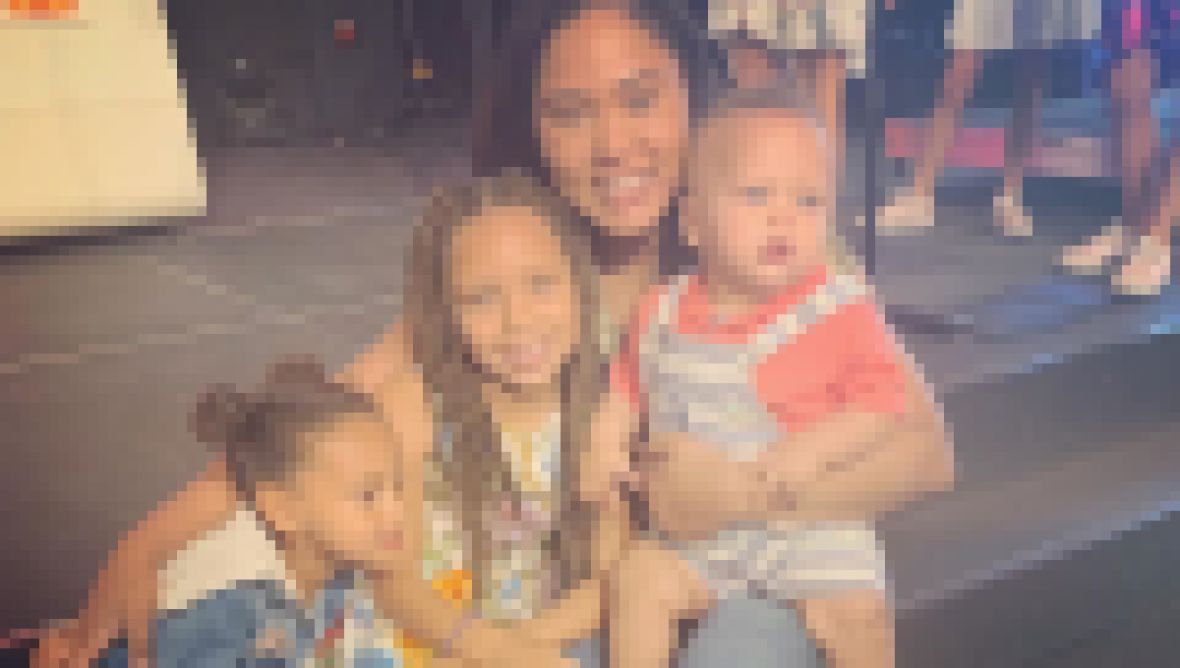 The Family Food Fight host has clearly learned to love the skin she’s in and she’s not afraid to shout it from the rooftops — or instill the same values in her children. “I’m not in the entertainment industry, in the traditional sense. I’m not thin; I’m 170 pounds on a good day,” she told the outlet “It’s been a journey for me, and that’s why I want my girls to understand who they are and to love it.”