Ever since Stassi Schroeder announced she’s expecting baby No. 1 with fiancé Beau Clark, she can’t help but flaunt her growing baby bump.

Life & Style confirmed the pregnancy news on June 16. “Stassi and Beau will be welcoming their first child the first week in January,” the former Vanderpump Rules star’s rep revealed in a statement.

A week later, the couple announced the sex of the baby. “We’re having a baby girl,” Stassi captioned an Instagram photo, in which her ~beau~ was holding a pink onesie that read “#OOFTD,” a.k.a. outfit of the day.

Meanwhile, Beau gushed over their bundle of joy in his post. “I was raised by great women, and the lessons I learned from them I’ll [forward] to my daughter and then some! She will be great, powerful, humble, kind, loving, compassionate and a dash from Kesha … She’ll be a ‘motherf–king WOMAN!!!'”

Lately, Stassi has been experiencing lots of changes in her personal life. Prior to announcing she’s expecting, she and Kristen Doute were fired from Vanderpump Rules after racist comments about former costar Faith Stowers surfaced. 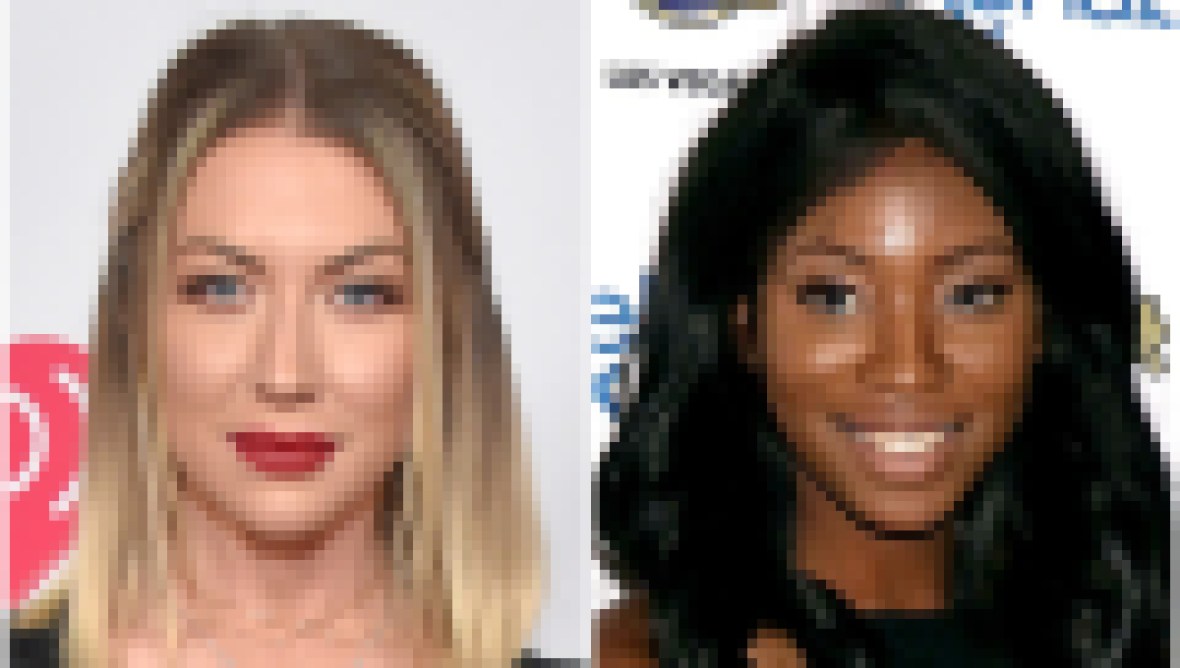 What Happened Between VPR's Stassi Schroeder and Faith Stowers?

Two days before Bravo announced they cut ties with her, the former “Straight Up With Stassi” podcast host issued a statement addressing the issue. “It is important that I continue to take accountability for what I have said and done, while pushing myself to do better. I have grown significantly from the person I was then, and I am still filled with remorse and regret for the hurt I have caused,” she wrote on June 7. “What I did to Faith was wrong. I apologize and do not expect forgiveness. I am also sorry to anyone that feels disappointed in me.”

After the firings, her rep Steve Honig said that both Kristen and Stassi “want to move forward as part of the solution in ways that are productive, meaningful and sincere.” He continued, “Both of them recognize actions speak louder than words and that is what will guide them as they move forward.”

These days, it looks like the mom-to-be is focused on enjoying her pregnancy. Keep scrolling to see Stassi’s baby bump photos so far.

“Sex symbol right here,” the former reality star captioned a double-snapshot of herself snacking hard with her bump on full display.

Stassi shared this bump photo, appropriately captioned “huge,” on September 25. Her pregnancy is flying by!

“Could not look more basic,” Stassi quipped about her cute fall-inspired outfit while hanging out with pal Brittany Cartwright on September 19.

Stassi showed off her growing belly in a black bikini while going for a swim with Beau on August 30.

Beau couldn’t help but gush over Stassi and her baby bump while the couple enjoyed a day on the lake.

Stassi and Beau enjoyed a lazy day in bed with her baby bump.

At the Middle Point

“I’m halfway there,” the expectant mama-to-be wrote on Instagram on August 15. “20 weeks.”

“So this is fun,” Stassi wrote over a photo of herself rocking a black bodycon dress with her bump on full display on August 8. “93 percent of my shoes don’t fit anymore.” Oh, those pregnancy woes.

Stassi’s ~beau~ shared a new photo of her growing baby bump in honor of their anniversary on July 31. “Happy Anniversary to my Sweets! One year of engagement! Can’t wait to be a parent with you,” he gushed on Instagram.

“Now if I could gain this in my bum,” the author captioned a photo of her growing bump on July 14.

The proud mama-to-be flaunted her growing belly in an adorable white dress while celebrating her 32nd birthday with pals on June 24.

Plus, she got her hubby-to-be to hold her purse. That’s what we call a pregnant birthday special.

Having a Baby Girl

Stassi showed off her growing baby bump in this pink dress on June 23.

The parents-to-be couldn’t be happier they’re expecting a baby girl.

Going for a Stroll

One day before the world learned Stassi was pregnant, she and Beau were out and about in L.A.

By the looks of it, Beau is already super protective of his little girl considering he’s shielding Stassi’s bump during their stroll.