From her breakout role on Nickelodeon’s Victorious to releasing her fifth studio album, Thank U, Next, Ariana Grande has transformed from a quirky preteen actress into a powerhouse performer, role model and all-around powerful woman. That said, Ariana’s profession isn’t the only thing that’s changed since her Hollywood debut. The superstar has also had one serious style metamorphosis over the years. In fact, some of you will be surprised to learn that the brunette beauty’s iconic ponytail wasn’t always part of her look.

It turns out, the updo is more of a strategic beauty trick than it is a style choice. “I wear it in a ponytail because my actual hair is so broken that it looks absolutely absurd when I let it down,” Ariana revealed on Facebook in 2014. “It’s all that works for now (AND I’m comfortable for the first time in years).” 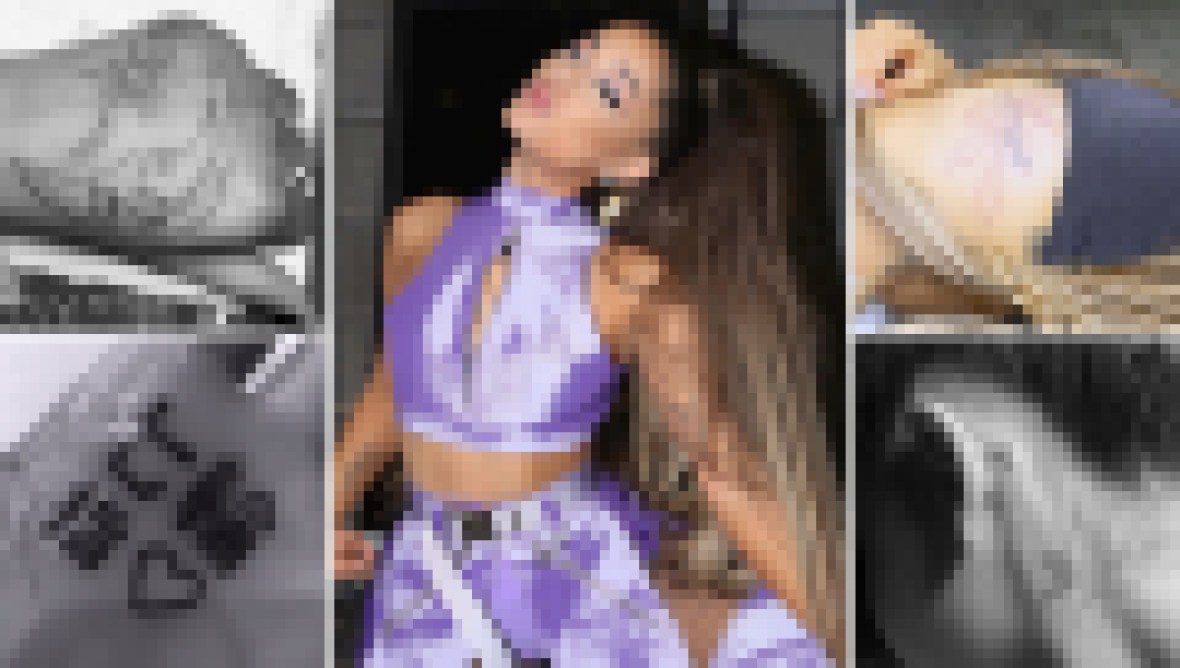 The “7 Rings” singer went on to explain that due to constantly coloring her hair while on Victorious, her tresses suffered a lot of damage. “I had to bleach my hair and dye it red every other week for the first four years of playing Cat [Valentine] … as one would assume, that completely destroyed my hair.” Afterward, Ari opted for a wig on Sam & Cat, which aired from 2013 to 2014.

Another classic Ariana accessory is her cat ears, which she began incorporating in her wardrobe in 2014. “I’m always sort of drawn to things that are slightly retro and sort of like throwback. I love an animal ear, clearly,” she told the Daily Mail. “They’re just fun.”

Not only has Ariana’s style evolved over the years, but so has her tattoo collection. The brunette beauty first got inked in 2012 to honor her debut album as well as other accomplishments that year.

“Writing my first album, working with my castmates and best friends on Victorious, being young, having fun and being surrounded by love … so, I wanted to do something permanent to remind me to always be grateful and not take anything for granted so … I got a little tattoo,” she wrote of the tiny heart-shaped outline on her toe. Since then, the “God Is a Woman” artist has gotten over 50 tattoos.

Scroll through the gallery below to see Ariana’s complete style transformation from 2008 to today!

During the early stages of her career, Ariana was hardly the glam princess we know today. Here she is in 2008 rocking a long-sleeved t-shirt at an event in NYC with her (still gorgeous) hair cascading past her shoulders.

We stan a red-haired legend, y’all! Shortly before Ariana landed the role of Cat on Victorious, she traded her naturally brunette locks in for a more fiery hue. Here she is at a movie premiere in 2009 rocking a little sleeveless number.

So long, Little Mermaid ‘do. Hello, luscious Rapunzel locks. By 2011, Ariana was coming into her own a bit more. You could tell that her true style was just hiding beneath the surface.

OK, it’s safe to say Ariana wouldn’t rock this bodycon dress on the red carpet today, but that baby pink? You know she’s still living for it.

Is that a tutu dress we see? Ariana stepped out at Mercedes Benz Fashion Week in 2012 rocking this ‘fit and, once again, you can gradually see her style transformation into modern-day!

2012 was a big year for Ariana as far as her style is concerned. She was 19 years old at the time — and it was clear that she was torn between embracing a more sexy look or playing it safe. Here she is playing it safe, but just hold tight!

Remember that sexy look we were just talking about? Well, this was it! A crop top and skirt look was a pretty big deal for the starlet at the time. Also, peep that Sweetener baby blue. Wink, wink.

It’s safe to say that Ariana has always loved a sweetheart fit to her dresses, however, we’re not so sure she’d go with that shade these days. After all, she’s now the reigning pastel queen.

Is there anything more 2012 than attending a Twilight movie premiere? Also, as you can see, it looks like Ariana discovered self-tanner/bronzer right around this time.

Ari would definitely still hit that over-the-shoulder pose these days … just not with that lip color. #SorryNotSorry.

Florals? For a spring event? Groundbreaking. All jokes aside, Ari definitely played more with patterns in her youth.

While her love of polka dots remains, Ari fully ditched any semblance of her red hair by 2013.

By the end of 2013, we had yet to see Ari’s legendary high ponytail, but she was definitely starting to experiment with more of an updo look.

This outfit may seem unlike anything Ariana would wear today, but those knee-high stockings are definitely foreshadowing the amazing Gucci boots she rocks all the time now.

Whoomp! There it is. By 2014, Ariana’s ponytail made its debut. Sure, it wasn’t defying gravity just yet, but just you wait.

By the end of 2014, Ariana was definitely more comfortable showing some skin on stage. After all, she was well into her 20s at that point.

We’re going to pause our regularly scheduled programming to say we have no idea where this messy bun 2015 look came from. It definitely wasn’t in Ari’s wheelhouse at the time and TBH, we haven’t seen it since. Cute dress, though!

It seems like Ari’s 2015 American Music Awards performance was the first time she truly played up her sex appeal. A bodysuit with stockings is basically the uniform of bombshell pop divas everywhere.

It was clear that by 2016, Ari’s ponytail was no longer a phase — it was her signature. Oh, and don’t be alarmed by the earmuffs. It was December 2016 in this snapshot.

The style game? Yeah, Ari was slowly, but surely, starting to kill it.

Ariana basically invented looking sexy and cute at the same time … don’t @ us. Also, come on, that ponytail deserves its own zip code.

To anyone who thought tiny tops, high-waisted pants, and glam AF makeup wasn’t a solid look in 2016 — we bring you Exhibit A: Ariana Grande at the American Music Awards looking like a total babe.

Eventually, Ari ditched tiny tops and replaced them with sweats. Unsurprisingly, she pulled those off too!

“God is a woman” and her name is Ariana Grande at the 2018 Met Gala. Her dress, glam and accessories were all perfection!

Ariana still rocks sweats nowadays. Well, sweatshirts, anyway. She pretty much ditched the pants entirely and prefers to pair hoodies with knee-high boots. It’s called fashion, ever heard of it?

Unfortunately, a great deal Ariana’s 2018 was consumed by her whirlwind engagement — and eventual breakup — with Pete Davidson. However, through tragedy came major triumph.

Since splitting from Pete, Ariana has gone on to become one of the most popular artists in the world — no, universe! She released Thank U, Next in February 2019, and it continued to top the charts for the rest of the year.

Ari spent the majority of 2019 focusing on touring for her last two albums, Sweetener and Thank U Next.

In the beginning of 2020, she attended a few public appearances, including the 2020 Grammys, and she looked flawless.

The singer began experimenting with her hairstyle and ditched her updo during the coronavirus pandemic. While quarantining, she continued to work on her music, releasing collaborations with Justin Bieber and Lady Gaga. Additionally, Ari confirmed a new romance with boyfriend Dalton Gomez when he appeared in the “Stuck With U” music video. She’s thriving, y’all!