Trouble in paradise? Nikki Bella and Artem Chigvintsev get into a huge fight over jealousy on Total Bellas. In a clip from the May 7 episode, the WWE babe’s twin sister, Brie, works to smooth things over between the couple. 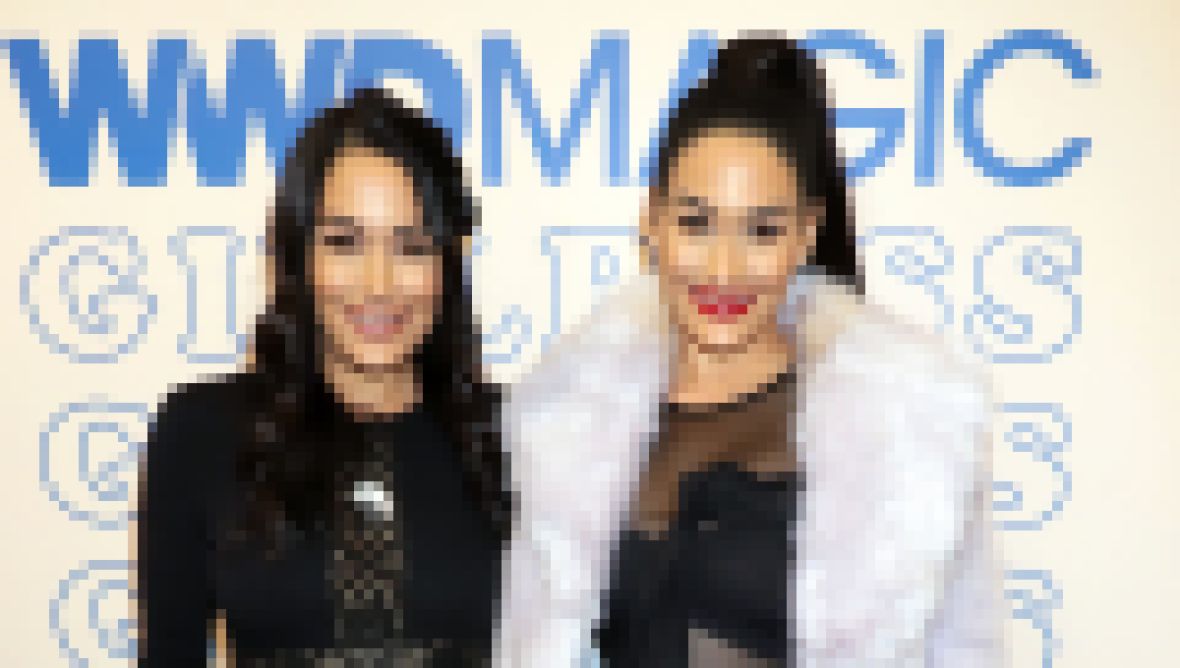 Their evening begins with Artem, 37, refusing to take Nikki, 36, salsa dancing because she’s “too drunk,” so Brie steps in and takes things into her own hands. Obviously, this was filmed well before the gorgeous athletes found out they are both pregnant.

“When we were at Temptation Island, Artem shows up and Nicole is like, ‘Oh my gosh, you have to meet this guy. We need to take care of him, Artem. You need to cook for him,’” Brie explains in her confessional about the situation. She adds Artem was getting “really mad and really irritated” with Nikki gushing over the random man. “[It’s] funny because I’ve never seen him like that. I was like, ‘Oh, I think he’s getting jealous,’” quips Brie.

In retaliation, Nikki decides to “find a man” in the nightclub to salsa dance with. As the brunette beauty is swinging around the dance floor, the sisters stop to chat with their good pal Lewis. At that moment, Artem shows back up to the club and looks even angrier while Brie tries to calm him down.

“I showed up there just to clear the air. I’m worried, but she’s just going to ignore me and continue this conversation with this guy. Like, where does this even come from?” the Russian stud divulges in his confessional. Eventually, he storms out of the club with Brie chasing after him.

Nikki Bella and Artem's Relationship Timeline From Friends to Fiancés

Of course, the couple eventually patches things up. They went on to get engaged in November 2019 and are currently expecting their first child together. However, their dramatic night still stings a bit. “Goodness, tomorrow night is going to be here before I know it and I’m going to have to relive this!” Nikki wrote on Instagram about her argument with Artem. “First fights are tough! Especially when you’re drunk and especially when you have to watch it on TV! LOL.”