Watching Christmas movies is almost as big of a tradition as celebrating the day itself, and there’s no better place to turn for your entertainment than Netflix. Not surprisingly, the streaming service has already collected hundreds of films that tie into the season and promise to bring you plenty of holiday cheer. 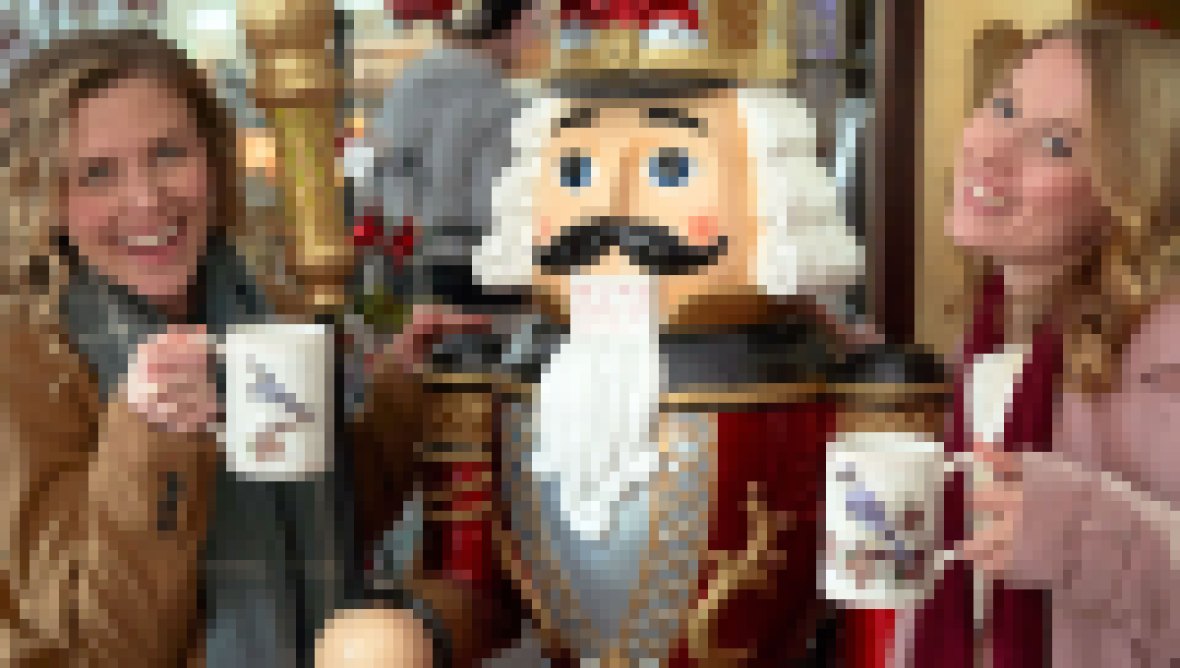 There are light-hearted comedies, dramas that tug at the heart-strings, musicals, dance extravaganzas, animated films and the return of some old favorites (we’re talking to you, Grinch!). In other words, there’s a little something for everyone.

Surprisingly, former Disney actress Vanessa Hudgens has become the holiday queen of Netflix with films like The Princess Switch, which she starred in during 2018, and 2019’s The Knight Before Christmas. Her debut holiday movie became so popular that the sequel The Princess Switch: Switched Again, which Vanessa, 31, also produced, became available this year.

“The reason why I started doing these Christmas films is because [the] holidays can be stressful, and I love the fact that we have films to find escapism,” the Second Act star previously explained to Entertainment Weekly.

However, receiving a producer credit on the Princess Switch sequel was a major step in her career. “I’ve been thinking of it for a long time, and I have my own point of view on art. I feel as long as you have a point of view and perspective, that’s all it really takes to be able to make something your own,” the California native told Glamour about producing. “Coming into it, I was like, ‘This is a great, lighthearted film. I just want to bring joy to people. No need to get too heavy or serious.’ It seems like a good place to start, and then going through the process and being able to be a part of creating the film to be what it is felt even more collaborative. To me, that’s really fulfilling.” 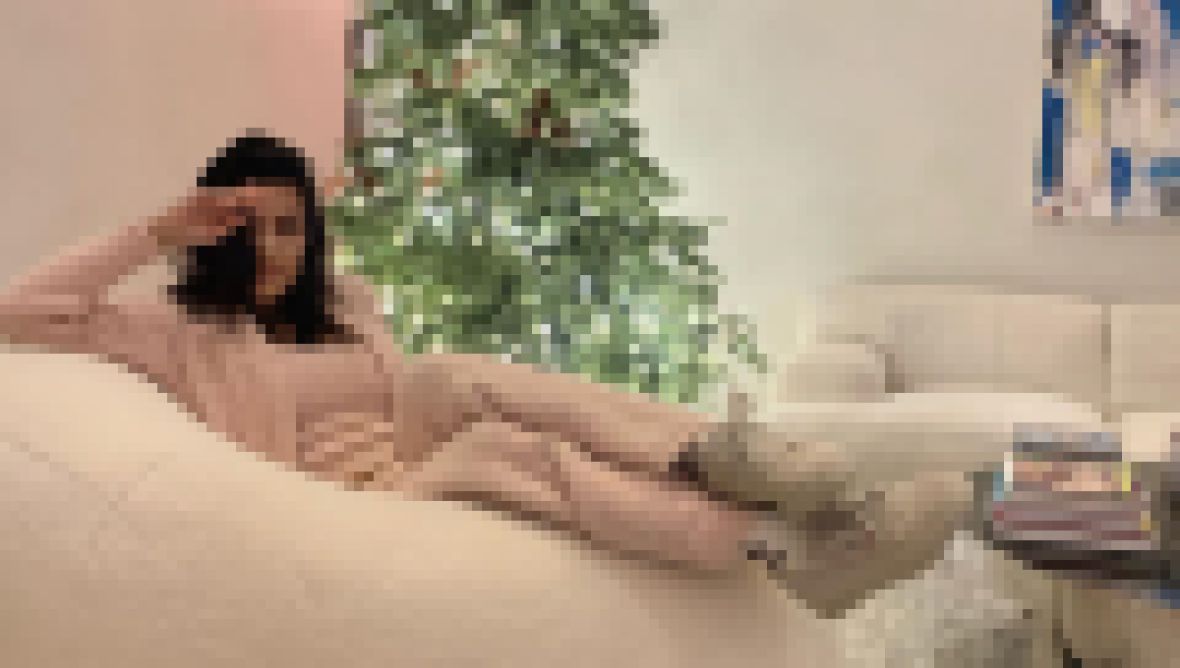 Despite showing off her acting chops in past gritty films, Vanessa also loves spreading happiness to fans. “It’s a crazy time in the world, and everyone could use a bit of light-hearted love,” the Grease Live! actress previously told Refinery29. “If I can be a part of bringing families together at a time that can be difficult and allowing a little escapism or inspiration, I think that’s wonderful and beautiful.”

See all of Vanessa’s movies plus tons more this year in the gallery below!

Two strangers — played by Emma Roberts and Luke Bracey — agree to be each other’s platonic plus-ones all year long, only to catch real feelings along the way.

“A by-the-book political aide falls for a big-hearted Air Force pilot while looking to shut down his tropical base and its airborne Christmas tradition,” the description of the flick on Netflix reads.

In this 2019 film, a radio DJ moves in with his aunt after being fired from his job, and chaos ensues when he brings along his four spoiled children.

Back at it! Duchess Margaret unexpectedly inherits the throne to Montenaro and hits a rough patch with boyfriend Kevin. However, her double, Princess Stacy, works to get these star-crossed lovers back together.

We all know the story of the Grinch and how he attempts to ruin the Christmas holiday for the people of Whoville, but thanks to little Cindy Who Lou and the spirit of her neighbors, he ultimately learns the true meaning of Christmas. Jim Carey is the Grinch, and Taylor Momsen is Cindy.

When Santa Claus accidentally crashes his sleigh, he turns to a father and son to help him find his reindeer so that he can return home. Santa is played by Jim Broadbent, the father by Rafe Spall and the son by Kit Connor.

Man, we’re starting to feel guilty about looking forward to Santa Claus’ arrival each year — it seems like the guy is always trying to find a successor. Wassup with that? In this animated feature, he wants to retire and turns his attention to a young orphan boy who may be the perfect candidate.

Hey! Watch this one; it’s a classic. A successful song-and-dance team become romantically involved with a sister act and team up to save the failing Vermont inn of their former commanding general. The cast includes Bing Crosby, Danny Kaye, Rosemary Clooney and Vera-Ellen. Some nice Christmas music to boot.

When a journalist heads to Aldovia to cover the hunky-but-flaky prince’s soon-to-be ascension to the throne, she gets in over her head when she ends up posing as his little sister’s tutor. When she and the would-be-king hit it off, will she come clean — or try to keep her secret hidden?

You remember the Hilary Duff hit back from 2005. In this Christmas-themed sequel, the fourth installment, Disney Channel alumni Laura Marano and Gregg Sulkin step into the roles of semi-star-crossed lovers: an orphaned teen trying to save up enough cash to escape her wicked stepmother and the rich boy whose billionaire father owns the North Pole-themed business where they work. As Santa and an elf, they hit off — but will they make it work when they’re both being themselves?

Precocious kid Kate sets out to prove that Ol’ Saint Nick is real, and she does her best to enlist her troubled big brother, Teddy, to help. After the siblings catch Santa Claus (Kurt Russell) in the act and hop into his sleigh for a joy-ride, the vehicle accidentally breaks down — and now it’s up to them to help out Father Christmas and save the holiday.

Party girl Ellen is the stereotypical rich socialite set to inherit her father’s Christmas gift business. It’s not that she doesn’t want to work hard — she just has never needed to. But before she can become the head honcho, her father has one simple task for her to accomplish: Deliver a letter to her dad’s old friend in the remote town of Snow Falls without letting on who she is. When a snow storm strands her there without any cash, things get more complicated than they seem.

Rush Williams is a successful radio show host and father of four. When his station drops him right before Christmas, he and his manager scrounge up the cash to buy a station of their own. Will they be able to save their show — and the holidays?

Santa Claus and Jack Frost have arranged a marriage between their children to keep the families’ businesses running. Before the wedding, however, daughter Cassie Claus convinces her father to let her head off to college like a normal kid for a single “study abroad” semester. When she meets someone special, will she be able to return to a husband she’s never met?

The Knight Before Christmas (2019)

Brooke stopped hoping she’d find her knight in shining armor long ago. But when Cole, a literal knight from the 14th Century, is somehow sent hurdling through time and space, they stumble upon each other, and sparks fly.

The Nutcracker and the Four Realms (2018)

The take on the classic ballet may have been a bomb at the box office, but there’s no denying that it was home to some absolutely stunning visuals. Whether you check it out for a fresh take on a familiar story or just let it play in the background as Christmas tunes blast through the speakers is up to you.

Inspired by a true story told on This American Life, the movie explores what could go wrong when a horde of unaccompanied minors are stranded at an airport after a snowstorm grounds all flights the night before Christmas. The mischief is endless — and the magic is real.

OK, so it’s not technically a movie, but we couldn’t not include a Christmas special from the Queen of Christmas music herself. The star-studded celebration includes all kinds of special guests and the vocal stylings of Mimi herself.