When it comes to powerhouse players in the music industry, Halsey 100 percent tops the list … literally. You can’t turn on the radio without hearing one of the singer’s hit singles. That said, the New Jersey native, whose real name is Ashley Frangipane, didn’t garner this much success overnight. In fact, for most people, Halsey only recently became part of their playlists.

Of course, there are many diehard fans who have been following her since she released her debut EP, Room 93, in 2014. *Raises hand.* However, it was Halsey’s first studio album, Badlands, that truly put her on the map. With classics like “New Americana,” “Colors” and “Young God,” she introduced listeners to the creative, badass and fiercely talented female artist we now know and love. 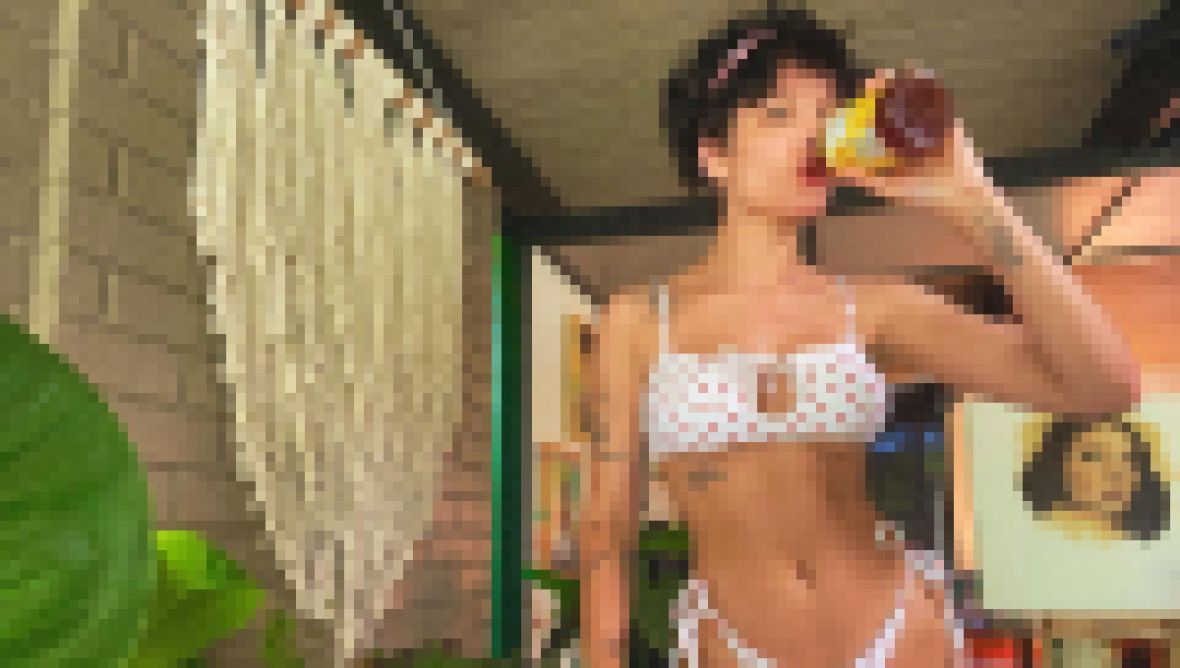 Halsey Gives Fans a Peek of Her 'Cozy' California Home

For those of you who haven’t been there from the beginning, though, you may not realize just how much Halsey has changed over the years. The artist — whose stage name was inspired by a street she lived on in Brooklyn as a teen — has changed her personal and red carpet style throughout her different eras and, overall, has become a trailblazer in alt-pop fashion.

However, her private life has changed even more than her hair or her style. In January 2021, Halsey shocked fans when she revealed she was expecting her first child. The pop star has been vocal about her endometriosis in the past, which makes conceiving significantly harder, if not impossible. Halsey revealed in January 2020 that she had undergone surgery to treat the disease — which has allowed her to conceive naturally.

The “929” singer and her boyfriend, Alev Aydin, have “spoken about marriage” in the wake of the pregnancy, but remain committed to “focusing on [Halsey’s] pregnancy” at the moment. 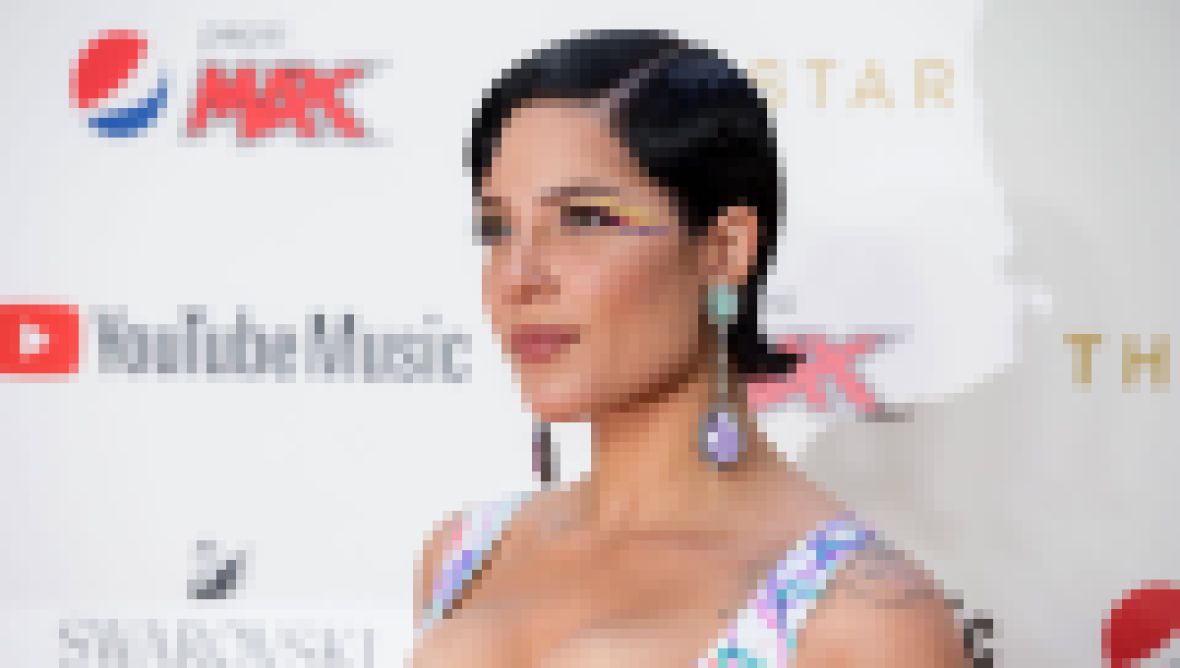 “She wasn’t necessarily hoping to get married before getting pregnant. Marriage is not the sole focus whatsoever,” an insider told Us Weekly in February 2021. “At the end of the day, what matters most is that the baby is healthy and that she has a loving relationship with the father of her baby, and right now, she for sure loves and adores Alev. They are very much in love.”

Halsey opened up about fan speculation that her pregnancy wasn’t planned in March 2021. “Why is it OK to speculate and pass judgment about fertility and conception?” she wrote via her Instagram Stories. “My pregnancy was 100 percent planned, and I tried very hard for my [baby]. But I would be happy even if it were another way.”

Scroll through the gallery below to see her complete transformation, as well as learn about some more of her career highlights!

As mentioned, Halsey’s first EP was lesser known and while it did cultivate a number of dedicated fans, it wasn’t what made her a household name. In fact, aside from the airplay Halsey got from Badlands, there are two huge (and we mean HUGE) singles that forced listeners to pay attention to her.

First, in 2015, Halsey teamed up with Justin Bieber to collaborate on a song called “The Feeling.” Sure, Halsey isn’t exactly what you’d call a bubblegum pop kind of gal — “Pop music is f—king fascinating to me,” Halsey told Rolling Stone following the single’s release — but being featured on Justin’s wildly successful Purpose album led to a lot of major opportunities. The pair even performed together on the Today show.

“It was just so real, so emotive, so evocative — two people connecting in this love song,” Halsey continued to Rolling Stone. “There was a moment where I think he and I were both kind of like, ‘Are we …  are we … is this real?’”

OK, now that we’ve properly discussed the Bieber days, it’s time to talk about “Closer.” Can you already hear the track in your head? Because we can. Halsey paired up with The Chainsmokers in 2016 and basically, the song went to the top of the Billboard charts in a matter of days.

It spent 12 weeks at No. 1 and charted for a total of 52 weeks altogether. Ultimately, if you didn’t know Halsey’s name before 2016, you definitely knew it after!

In 2017, Halsey was back with another studio album and unlike when she released Badlands, she was already a bona fide superstar. Hopeless Fountain Kingdom gave us hit singles like “Bad at Love,” “Don’t Play” and “Devil in Me.”

Halsey also paired up with her now-ex-boyfriend G-Eazy to release “Him & I” that year. As badly as their on-again, off-again relationship ended, it’s still a great song — because of Halsey’s vocals, mostly.

During her cover interview with Cosmopolitan magazine, Halsey explained that her fans actually prompted her to move on from the pair’s messy split. “I look down and there are these two girls, one with pink hair, one with blue hair, septum piercings, cool as f–k, still loving me, probably knowing what a weird time I’m going through,” she recalled.

“I looked at them, looked at myself in my sparkly Britney Spears outfit, and went, Ohhh no, they deserve way better than this. If those girls can be that brave in who they are, then I owe them better than this homogenized bulls–t.”

… And brave she was! By October 2018, the world was introduced to Halsey’s single “Without Me” and basically, nothing has been the same ever since. For starters, it was Halsey’s first No. 1 song on the Billboard charts as a lead singer.

Secondly, it’s become somewhat of a breakup anthem and will likely stay that way for decades to come. Notable performances of the single include Saturday Night Live and the Victoria’s Secret Fashion Show.

While Halsey won’t be releasing her third studio album this year, at least fans have something to tide them over! In May 2019, she dropped the powerful single “Nightmare” and in September, she released “Graveyard.”

Both of those (amazing) songs were featured on her 2020 album Manic. “I sat there to make this album and I was like, ‘Yeah, I’m going to make an angry album,’” Halsey told Billboard. “And I wasn’t mad. It’s exciting. … I’m closing a chapter in this record that I feel very much like I needed to put the final word on, put the nail in the coffin, if you will. Graveyard, marry it.”

In 2020, the soloist dropped Manic, as well as a book of poetry titled I Would Leave Me If I Could. Halsey also released her first live album, Badlands (Live From Webster Hall). Aside from that, she mostly laid low due to the coronavirus pandemic — like the rest of us.

In January 2021, Halsey revealed she and her boyfriend Alev were expecting their first child! The following month, the proud mama shared this sweet snapshot of her growing baby bump. We can’t wait to see what the rest of the year has in store for her.

Halsey's Boyfriend Yungblud Reflects on His 'Fluid' Sexuality: 'It's About Connection'
Picture