He’s got the charm. Shia LaBeouf has dated a slew of A-list beauties during his time in the spotlight. His impressive relationship timeline includes former costars, models, musicians and even one fellow Disney star. The stud tends to be pretty aloof about his personal life, so some of the names on this list may come as a huge surprise (we see you, Rihanna!). He’s been married, divorced (and maybe married again), but one thing is for sure — his love life always keeps fans guessing.

Most recently, the Honey Boy actor seemingly rekindled his relationship with ex-wife Mia Goth. Their history runs deep and they first met on the set of Lars von Trier’s NC-17 drama Nymphomaniac: Vol. II in 2013. The model later appeared in the Future Unlimited’s “Haunted Love,” which was written and directed by Shia. The longtime lovers had a lot of ups and downs in their relationship, including a public fight in Germany in 2015, but they still made it down the aisle.

The Disturbia actor and London native got hitched in an Elvis-themed ceremony in October 2016, which took place (very fittingly) in Las Vegas.

“We’re proud of it. It was love,” Shia said during an interview with Ellen DeGeneres at the time. They planned on making their nuptials a “private deal,” but their ceremony was unknowingly filmed and circulated around the internet. However, Shia acknowledged “it was kind of nice” that the video allowed their families to be “there in a way.”

Strangely enough, the Clark County of Nevada issued a public statement claiming the Hollywood couple was not legally married. “Our records show no marriage license for Shia LaBeouf [and] Mia Goth. A commitment ceremony was performed #Vegas,” the clerk’s office tweeted along with a photo from their wedding shortly after it happened.

While neither star commented on the legality of their relationship status, their union was short-lived, and they split two years later. “Shia and Mia have filed for divorce. The separation is amicable and all details pertaining to the divorce proceedings will remain private,” the rep said at the time. 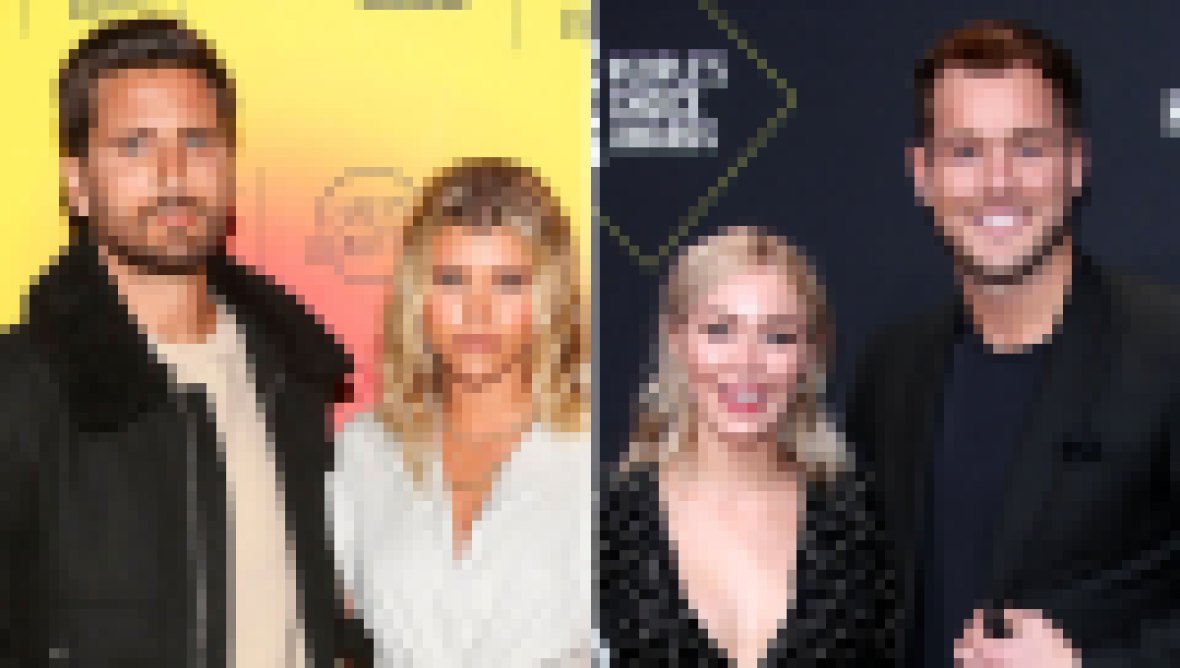 However, they may have struck their on-and-off romance back up. Keep scrolling to see Shia’s full romantic history!

While it seemed like the two were done for good following their divorce in 2018, they were photographed getting cozy in March 2020. Even more surprising, the pair appeared to be wearing wedding bands. Neither star has spoken out about their relationship status.

The artsy musician has released multiple hits like “Cellophane,” but you may also recognize her as Robert Pattinson‘s ex. Shia and the artist first sparked romance rumors in June 2018 after filming Honey Boy together. She was the first woman he was linked to after his divorce (see below), but it looks as though the two have cooled off.

The English model and Shia first got together back in 2012 after meeting on the set of Nymphomaniac: Volume I. They got married in Las Vegas, with an Elvis impersonator and all, in October 2016. The couple officially divorced two years later in September 2018.

The Man Down costars raised a few eyebrows when they were spotted looking cozy at Disneyland in 2014.

Shia and the stylist dated for two years before splitting in 2012. “[Karolyn‘s] having me try different things,” the Fury actor told the Los Angeles Times in 2011 about his lady love.

Before meeting Karolyn, the Hollywood stud and his costar from Wall Street: Money Never Sleeps reportedly dated for about a year but ended things around October 2010.

In 2011, Shia confirmed that he hooked up with Megan for a few months while filming the Transformers movies. “I never understood the separation of work and life in that situation. But the time I spent with Megan was our own thing, and I think you can see the chemistry onscreen,” he admitted during an interview with Details magazine.

Megan wasn’t the only woman from the Michael Bay franchise that Shia sparked with. In the same interview, he confessed to “philandering around” with the blonde Transformers: Revenge of the Fallen costar. He added, “It was sort of disastrous … Neither one of us, I think, were in love. Just sort of experimenting or whatever.”

There have been rumors floating around that the Sisterhood of the Traveling Pants star and Shia briefly dated in 2005.

Shia divulged to Playboy in 2009 that he and Rihanna went out together once upon a time. “It never got beyond one date,” he explained. “The spark wasn’t there. We weren’t passionate about each other in that way, so we remain friends.”

These two Disney kids also crossed romantic paths very briefly. Unfortunately, Shia told Details that it was “probably the worst date either of us have ever had.” Womp womp.

Check out other celebrity couples you probably forgot dated in the video above.