Wise words! John Cena shared a reflective quote about “happiness” on Tuesday, October 13, just one day after his secret marriage to Shay Shariatzadeh. 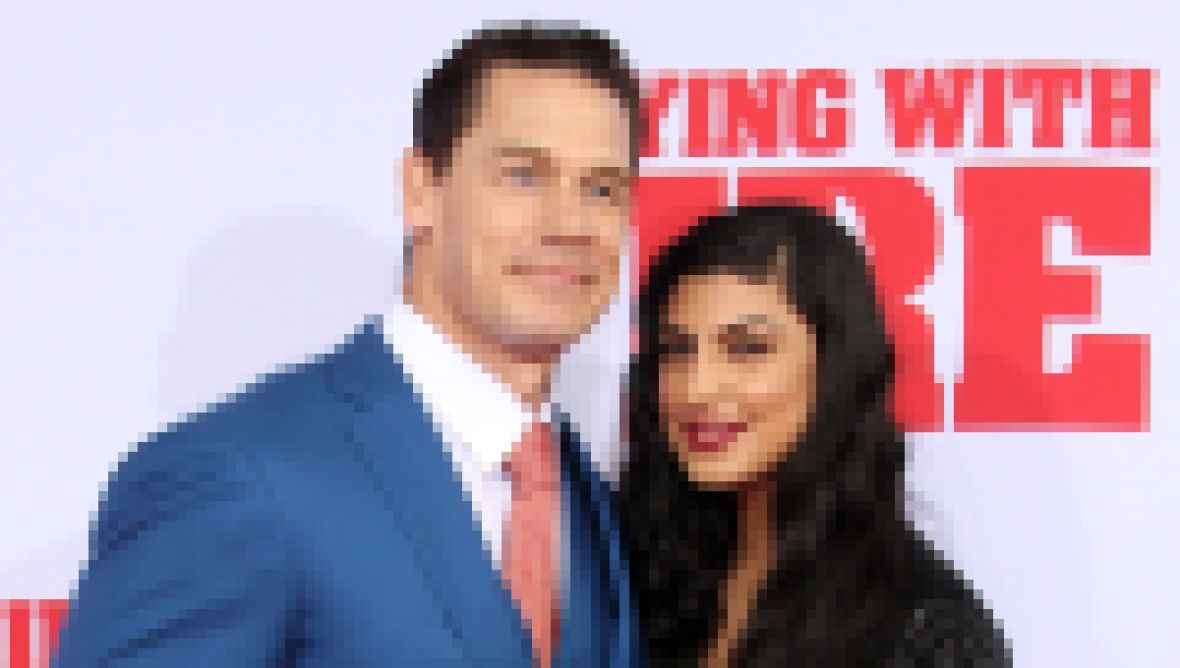 “‘I will be happy if I only get (x).’ This is a great way to mold an entire life spent chasing happiness and never finding joy,” the WWE star, 43, tweeted.

“I will be happy if I only get (x).” This is a great way to mold an entire life spent chasing happiness and never finding joy.

It looks like the Blockers actor is done “chasing” happiness because he finally found it with Shay, 31. Life & Style confirmed on Wednesday, October 14, that the pair wed during a private ceremony held in Tampa, Florida, on Monday, October 12.

While their low-key nuptials came unexpectedly, there was speculation that John and Shay were engaged earlier this year in February. The engineer was seen wearing a large diamond ring on ~that~ finger while taking photos with fans at an amusement park. They then obtained a marriage certificate in early October.

The 12 Rounds actor and brunette beauty first sparked romance rumors in March 2019 after they were photographed on a slew of dinner dates in Shay’s hometown of Vancouver, Canada. John was staying in the city while filming his movie Playing With Fire, and his now-wife caught his eye while dining at a restaurant. They made their red carpet debut for the premiere of the flick that brought them together in October 2019.

“No matter what projects I’m involved in the future, this one will always have a special meaning because I got to film a special project and meet someone special,” John sweetly said about Playing With Fire at the time.

The two seem completely smitten over each other. John “spoils her with sweet gifts,” like flowers, jewelry and even a sports car, an insider previously told Life & Style. “In John’s eyes, Shay is the whole package … She’s beautiful, intelligent, kind, independent and family-orientated, and there’s rarely any drama between them.”

Prior to his romance with Shay, John was in a longtime on-and-off relationship with Nikki Bella for over six years. He proposed at Wrestlemania 33 in 2017, but they called off their wedding one month before they were scheduled to walk down the aisle in April 2018. Their relationship fizzled out for good two months later.

Nikki, 36, is now engaged to Dancing With the Stars pro Artem Chigvintsev. They welcomed their first child, son Matteo, on July 31.