Excuse us, what? Bachelorette star Tayshia Adams sparked engagement rumors by wearing a diamond ring seemingly on ~that~ finger on Monday, December 1.

“New [‘ClickBait’ podcast] being recorded,” the leading lady, 30, captioned an Instagram photo that showed her sipping an iced coffee. Eagle-eyed fans noticed the sparkler perched on her ring finger.

It appears the Bachelor Nation babe may be teasing followers and not actually giving away spoilers. Looking at the keyboard in the photo, it appears the image is mirrored, which means the ring is most likely on Tayshia’s right hand.

The California babe isn’t the first Bachelorette to confuse fans with a piece of jewelry. Before Clare Crawley’s midseason engagement to contestant Dale Moss, she was also spotted rocking a diamond ring while out and about. The Sacramento native, 39, took to her Instagram to explain the misunderstanding.

“People have noticed I wear this ring on my wedding finger and have asked why! The truth is because it is a commitment to myself first and foremost, to embody self-love,” she wrote shortly after the pictures began circulating. She gave a closer look at her personal promise ring, which featured a silver-colored band with five flat diamonds at the top.

“In the past, I found myself getting into relationships where there was little to no reciprocity and in the end would feel depleted and empty,” the former Bachelor Winter Games star continued. “This is my promise to myself. To make sure I always had enough self-love that no matter what happened, I was committed to loving myself unconditionally. And that is something no man could take away from me.”

Of course, she went on to receive a jaw-dropping engagement ring from the former football player, 32, worth between “$100,000 to $150,000,” Kathryn Money, SVP, Merchandising & Retail Expansion for Brilliant Earth, told Life & Style at the time. 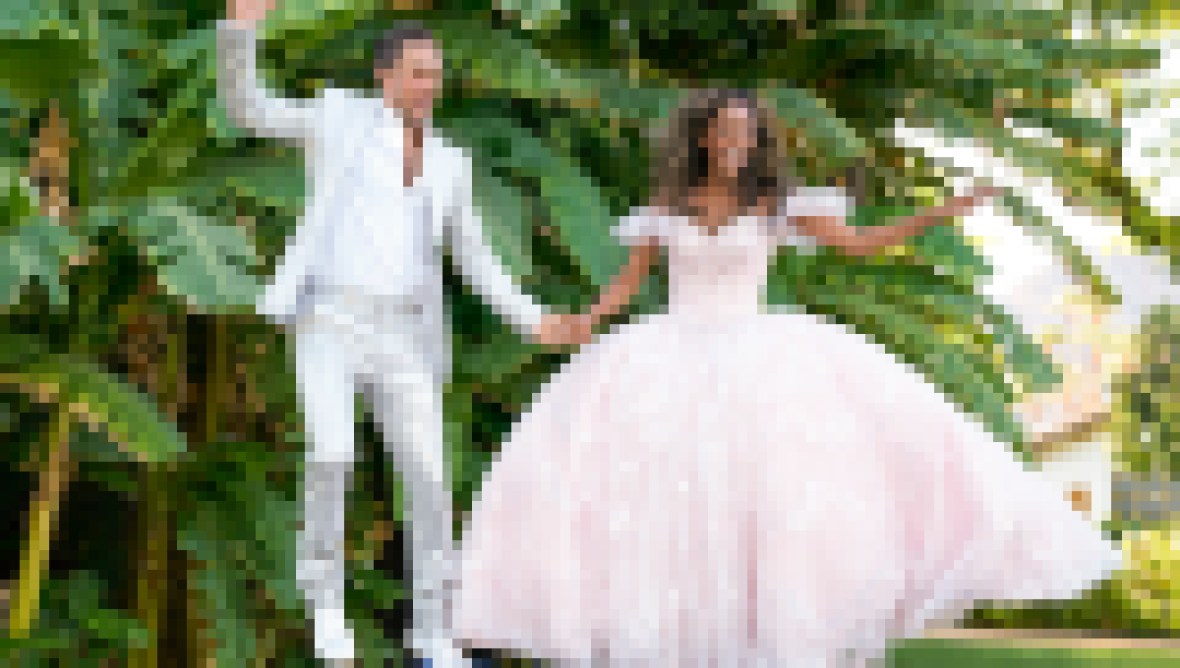 A Stunner! See Tayshia's Best Looks From Season 16 of 'The Bachelorette'

Hopefully, Tayshia also has a happy ending! If you can’t wait to see if she gets a Neil Lane ring, see season spoilers here.