A whirlwind! Clare Crawley and fiancé Dale Moss’ relationship timeline went from an instant spark on The Bachelorette to getting engaged just a few weeks into filming.

Life & Style exclusively confirmed on July 30 the Sacramento native threatened to quit season 16 because she had “fallen in love” with the handsome contestant. Talks among production said the former football player popped the question a few days later, and they are now engaged. Of course, viewers finally got to see Dale get down on one knee during episode 4. However, their connection started even before he stepped out of the limo.

Filming for Clare’s season was delayed in March amid the coronavirus pandemic. Production picked back up four months later in July, but the hairstylist confessed to checking out her contestants via social media during an appearance on the “Bachelor Happy Hour” podcast with Rachel Lindsay and Becca Kufrin in June.

“You can kind of tell people’s lifestyles like from Instagram Stories, and I see some that I’m like, ‘That’s not really my vibe,’ and others where I look at them and I’m like, ‘Oh, that’s hot. I can’t wait to meet that guy. I hope he’s on the season,'” she explained at the time. 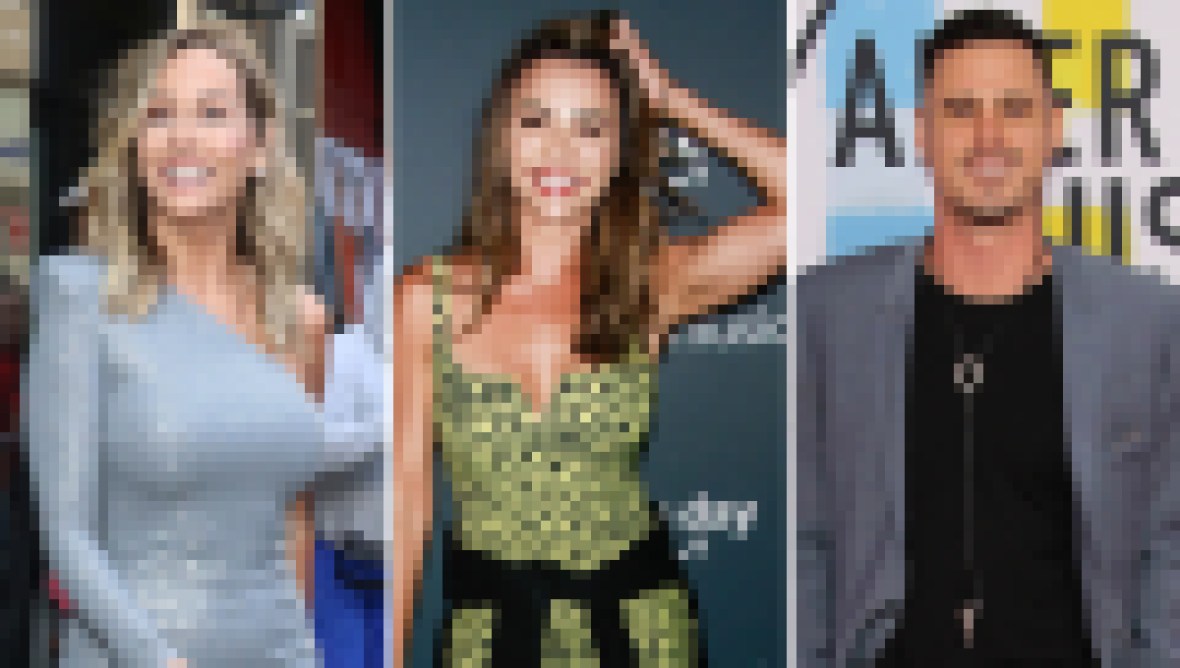 Clare vetting out her contestants helped Dale stand out. “Dale, in a lot of his Stories, he would talk about his mom and he’d talk about his family. He was with his family a lot and that is something that deeply resonates with me,” the leading lady told ET in October. “I just felt on any level, whether it be friendship, whether it be a romantic connection, I just felt like there would be that good connection with him. But you ultimately don’t know if it’s a romantic connection, because you’re just seeing him through social media.”

While their quickie courting seems too good to be true, the former wide receiver was “definitely looking for a serious relationship” prior to season 16, an insider close to Dale exclusively told Life & Style. “He was very excited to go on the show. He felt it was a good opportunity for growth and to meet somebody … I think his intentions for going on the show are just to give it a try.”

Gorgeous Then and Now! See How Bachelorette Clare Crawley Has Transformed

Clare’s relaxed, California-vibe seems to align with Dale’s sweet personality. “He’s definitely a lovable guy,” adds the insider. “He’s open for anything and everything. He goes into things with an open heart and anything that comes [from] it, he’s cool with.”

Production brought in Tayshia Adams as the new Bachelorette, Life & Style confirmed, and Bachelor Nation is pumped to watch the former Bachelor in Paradise contestant get a chance to find love. In the meantime, Clare and Dale are moving on to their happily ever after. Keep scrolling to see their full relationship timeline!

Although ABC announced a slew of new contestants in July, the reality dating show had their eyes on Dale from the beginning.
“Bachelor producers actually reached out to Dale to get him on Clare’s season. They slid into his DMs a couple of times because at first, he was hesitant,” the insider dished. “They were definitely heavily pursuing him.”

Clare admitted to scoping out her guys once filming was postponed during an appearance on the “Bachelor Happy Hour” podcast in June.

“Obviously [I Googled them]. What woman wouldn’t, are you kidding me?” she quipped. “I know how my Instagram is. It’s a piece of my life. … But there are some things where you can kind of tell people’s lifestyles from their Instagram stories, and I see some that are, like, not really my vibe, and others where I look at them and I’m, like, ‘Oh that’s hot. I can’t wait to meet that guy. I hope he’s on the season.’” It looks like Dale definitely passed the test!

Clare went into season 16 ready to get engaged and knew what she was looking for after her experience with ex Juan Pablo Galavis.

She told Chris Harrison she was “prepared to meet the man of her dreams” on the September 7 episode of The Bachelor: The Greatest Seasons Ever, which was filmed prior to her meeting Dale and the rest of the contestants.

The former Bachelor Winter Games star wanted to quit the show because she had “fallen in love” with the former football player just 12 days into filming.

A Bit of Drama

“She told producers she no longer wanted to participate in the show,” an insider said at the time, adding that she “refused to come out of her room” during filming. Producers were “blindsided” and were “scrambling to figure out what to do.” Tayshia then stepped in to become the new Bachelorette.

There were a few social media clues further confirming the reality couple’s surprising relationship. On August 2, eagle-eyed fans noticed Clare’s De Facto Salon, where she works in Sacramento, is following Dale.
The athlete’s Instagram account is set to private, which means he has to accept any new follows. Considering Bachelors and Bachelorettes along with their contestants do not have access to their phones or social media while filming, it was very suspicious that De Facto was already one of Dale’s followers.

The reality duo are engaged, an insider exclusively tells Life & Style. It looks like Clare’s journey to find love was successful after all!

A Bachelorette promo released on September 1 teased Clare and Dale’s strong chemistry. The pair could be seen heavily making out in the promo video, which made fans even more excited to see their love story play out on the reality dating show.

On September 12, Dale revealed he plans to become a parent alongside his wife-to-be in the near future. “In the next five years, I will be a leading sports and entertainment host, a producer and successful entrepreneur, telling the most amazing stories ever and I’ll be a father,” the former NFL star said on his Instagram Stories.

Still Feeling Each Other!

In late September, an insider assured Life & Style exclusively that the happy couple is “still very much together and in love” after filming season 16 of the dating reality series. While Clare and Dale await the season premiere on Tuesday, October 13, they’re “keeping their relationship off the radar,” the source added. “But they speak all the time and are going strong.”

Sparks were flying when Dale stepped out of the limo on night one. “I feel like I just met my husband,” Clare said after their first encounter during the premiere on October 13.

Dale scored the coveted first impression rose — and a steamy kiss — from the hairstylist on night one.

Clare and Dale flaunted their strong connection during week 2’s group date. Everyone was blindfolded to test the leading lady’s attraction to the contestants’ pheromones. Needless to say, the former football player had a steamy makeout session with his fiancée.

Teasers after week 2 showed the other contestants questioning Dale’s motives with Clare. Clearly, the reality babe doesn’t let the drama get to her.

The Moment We All Waited For …

During episode 4 on November 5, Clare and Dale got their fairytale ending!

On November 7, Clare and Dale grabbed their “first coffee together” since their engagement.