Get it! Bachelorette star Clare Crawley first appeared on our screens as a Bachelor contestant on Juan Pablo Galavis’ season in 2013 and has since proven to be a total boss babe. She finally got the chance for her own journey to find love with season 16 on the heels of her 39th birthday.

That’s not to say her life has always been reality TV magic. “There’s so much more background that I have never even talked about, even on that season of The Bachelor, that I held inside, that I didn’t share with the world,” the Sacramento native divulged during an appearance on Rachel Lindsay and Becca Kufrin’s “Bachelor Happy Hour” podcast in June.

The Bachelor Nation starlet “didn’t even share with my friends” some of her struggles, including an abusive ex and being in an incredibly dark place before appearing on season 18. “At one point, I was living in my car for three months, and I barely had a job making minimum wage being a hairstylist’s assistant when I first started doing hair. I was in an abusive relationship, and I just had lost my dad, too, so I was at, I would feel like the lowest of lows,” she said.

She’s hit some ups and downs, but the Bachelor Winter Games alum knows what she’s looking for. “I want somebody to love me for all the hard stuff that I’ve been through,” she added. “It’s been something that I’ve hidden for so many years, but until I’ve owned that part of my life and looked at the stuff I’ve been through as shame — to look at it as my superpower — and these are the things that have made the woman that I am today.” 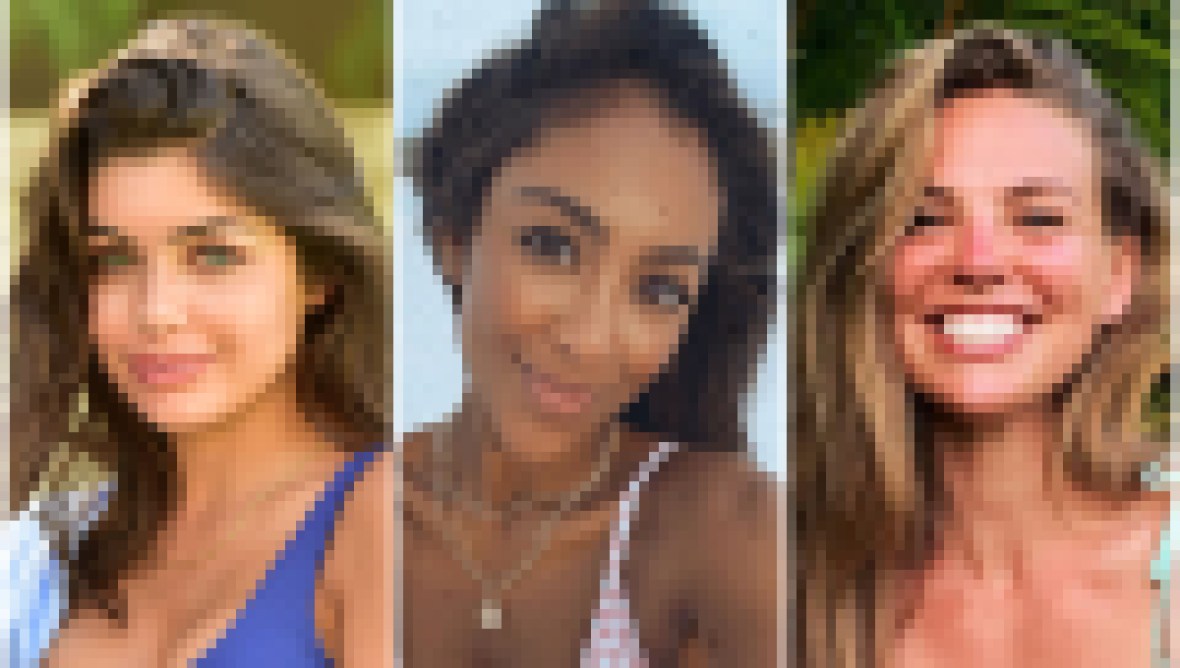 Clare isn’t afraid to break the rules a bit, including on her own season. Life & Style confirmed in early August that Tayshia Adams would step in for Clare after she “[fell] in love” with contestant Dale Moss after just two weeks. The duo got engaged and left the show together early, and everything seemed great until early January 2021, when fans started to speculate about a split.

Sadly, Dale confirmed the news of their breakup on January 19. “I wanted to share with you all that Clare and I have decided to go our separate ways,” he wrote on Instagram. “We appreciate the love and support we’ve received from so many people, but this is the healthiest decision for both of us at this time. We only hope the best things for one another.” Luckily, Clare has proven to be a very strong woman, and we’re sure she’ll come out on top.

It’s been a wild ride for Clare. Keep scrolling to see the Bachelorette star’s full transformation over the years!

We wonder if Clare knew her life was about to change when she took this selfie with her dog?

Cozy chic! Clare showed off her glowing skin in this gorgeous selfie.

Although filmed in 2013, Juan Pablo’s season didn’t air until January 2014. She stepped out of the limo with a fake baby bump.

As the season progressed, so did Clare’s relationship with JP. She was one of the frontrunners from night one.

Their romance didn’t work out, but Clare wasn’t gone from our TV screens for long. She appeared on season 1 of BIP that same summer.

Though she left the show alone, she was all smiles in 2015.

The reality babe showed off her new short hair in this sultry selfie.

Clare is a major health and fitness junkie, so she loves sharing healthy snacks and recipes with followers.

Before being cast on Bachelor Winter Games, Clare seemed perfectly content at home with her pup.

The starlet left the competition show single but reconnected with fellow contestant Benoit Beauséjour-Savard after filming. They got engaged during the live aftershow but split two months later.

By the following year, Clare looked happy and healthy.

In March 2020, Clare was named as season 16’s leading lady and was ecstatic at the opportunity.

Clare stepped into the spotlight to lead The Bachelorette.

Clare may have ended up alone after her turn as Bachelorette, but we’re sure there are still big things on the horizon for her!