Growing up before our eyes! Beyoncé and Jay-Z’s oldest daughter, Blue Ivy Carter, is turning into a budding A-lister. From appearing in her mom’s Black Is King visual album to sitting in the front row of multiple awards show — it’s clear she’s destined for stardom.

Blue has captivated fans from the moment she was first introduced to the world. As you may recall, the “Formation” singer announced her first pregnancy at the 2011 MTV Music Awards by rubbing her baby bump in the middle of her “Love On Top” performance before giving birth in January 2012. Beyonce and Jay-Z also welcomed twins Rumi and Sur in 2017.

The celebrity kiddo has since gained quite a fan base because of her sassy attitude and stylish outfits. Blue’s not old enough to see a PG-13 movie, but she already has her own personal shopper and stylist, a source told Life & Style.

“Of course, Blue has her own personal stylist! She has an eye for fashion and is always by her mom’s side,” the source gushed in June 2019. Bey’s former personal assistant, Manual Mendez, works with the “Run the World” singer and Jay-Z’s stylists, Marni Senofonte and June Ambrose, to keep their eldest looking her best. “Oftentimes, Beyoncé will have their stylists work together to coordinate looks for the whole family when they are stepping out all together,” added the source.

“She loves the whole process of getting dressed and glammed up, having her hair done and being photographed,” the source continued. “Blue’s stylist brings her one of a kind fashions for every day, for vacations, red carpet events, for family photo shoots, etc.” 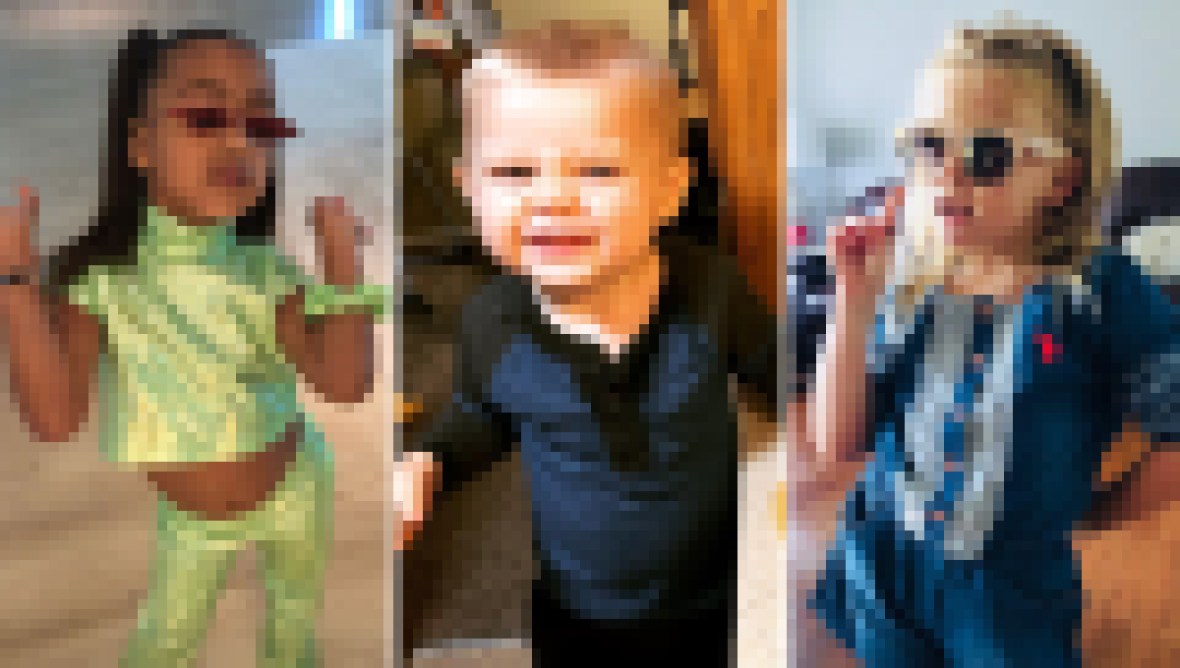 Beyoncé and Jay-Z have kept their family life extremely private. However, the “Brown Skin Girl” artist opened up a bit about how motherhood has impacted her and the perception of her body.

“If someone told me 15 years ago that my body would go through so many changes and fluctuations, and that I would feel more womanly and secure with my curves, I would not have believed them,” the Grammy winner admitted during an interview with Elle in December 2019. “Children and maturity have taught me to value myself beyond my physical appearance and really understand that I am more than enough no matter what stage I’m at in life. Giving zero s–ts is the most liberating place to be.”

We have a feeling Bey will pass along this confidence to her kids. Scroll through the gallery to see photos of Blue Ivy through the years!

Add It to Her Resume

She attended the 2020 Super Bowl in style with her dad.

Blue rang in the new year with her mom and Megan Thee Stallion. Casual …

Blue and Bey attended the July 2019 premiere of The Lion King in coordinating outfits.

The rapper enjoyed some bonding time with his daughter while in Berlin on June 29, 2018. At the time, Jay and Bey were on a joint tour around Europe and Blue was loving every second of it!

She’s already a full-blown celebrity! Blue was dressed to impress while sitting with her parents at the 60th Annual Grammy Awards at Madison Square Garden, looking like true royalty.

The “Flawless” singer and her mini-me wowed the crowd while hitting the red carpet at the 2016 MTV Video Music Awards. With her sparkling dress and chic braids, Blue looked just like her glamorous mama while posing for photos!

Court Side All Day

Only the best for Blue! Beyoncé and Jay brought their daughter along to go watch the 66th NBA All-Star Game in New Orleans. Blue was enjoying her front row seat, snacking on some Skittles.

Blue was pretty in pink while seated on Jay’s lap during the star-studded Grammy Awards in February 2017. Only a few months later, Beyoncé and her hubby welcomed their precious twins, Rumi and Sir, making Blue a big sis on June 13!

So Fresh And So Clean

Way to turn heads! Jay and his daughter Blue looked beyond stylish while making an appearance at the CFDA Awards in New York City. The father-daughter duo slayed the fashion game in matching black and white ensembles for their outing.

Beyoncé was all smiles while carrying her little girl in New York back in 2014. Blue has practically grown up in front of our eyes, and fans can’t wait to see what the future holds for Bey’s daughter!

Beyoncé was absolutely glowing while cuddling baby Blue in 2012.