Winter, but make it “hot girl summer,” you know? When it comes to your favorite celebrities — ahem, Kendall Jenner, Bella Hadid, Sofia Richie and many more — bikini season doesn’t stop when the snow starts. In fact, that’s just when things start to heat up in Hollywood! 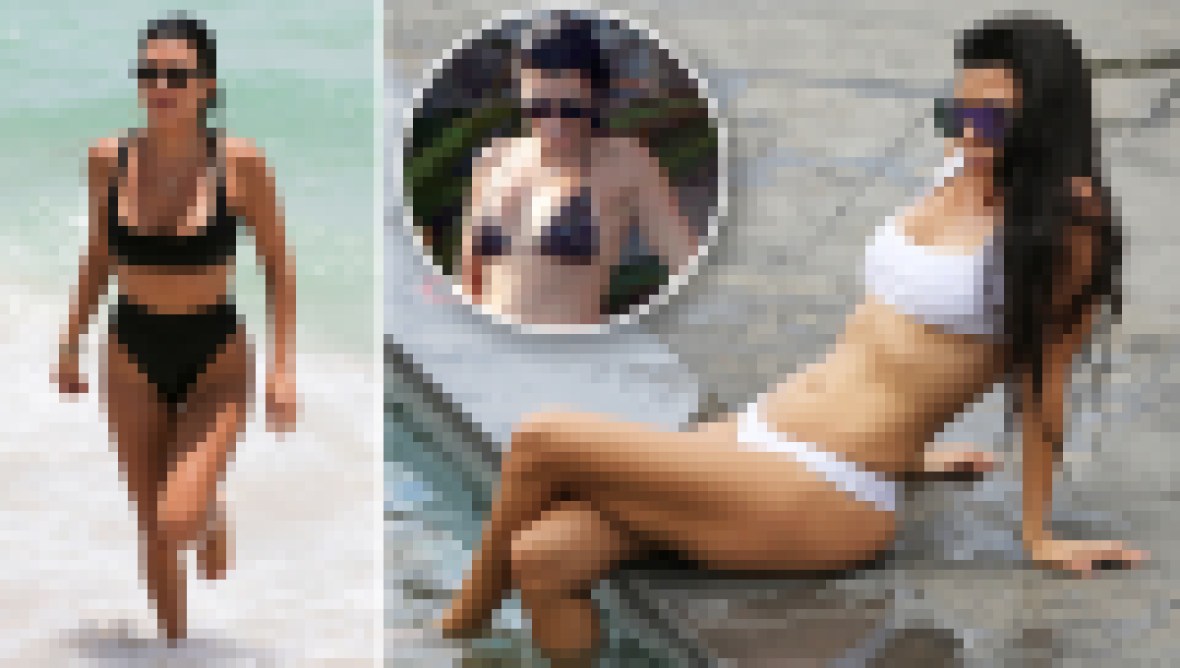 With flexible work schedules and unlimited budgets, A-listers are all about traveling to warmer climes come winter. Plus, let’s not forget that a lot of stars live in L.A. (a.k.a. the temperature can/has easily hit 80 degrees in January). So, between tropical getaways and the occasional heatwave, swimsuits are no longer seasonal.

Take BFFs Kendall and Bella, for example. The supermodel duo was spotted in Miami on December 4, tanning underneath the Floridian sun. Kenny wore a trendy snakeskin-printed suit, while Bella opted for a plain black bikini. Considering the thermometer read 32 degrees in NYC on that same day, these girls are truly winning. 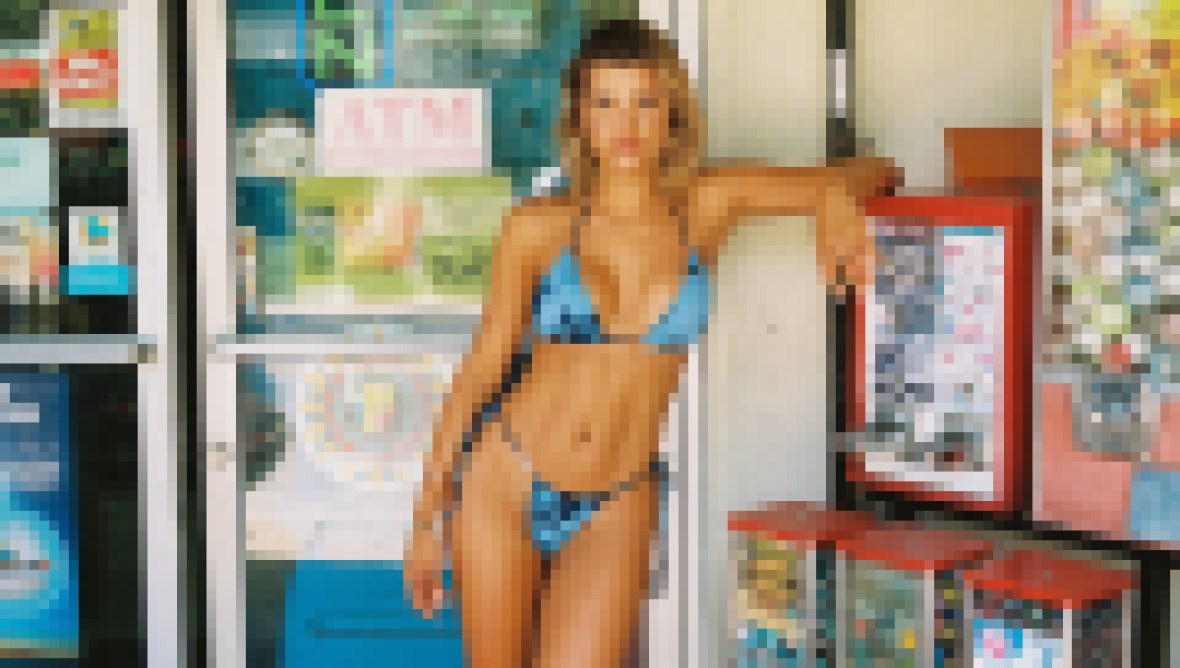 As mentioned, Kendall and Bella aren’t the only ones who thought to travel south. Sofia and her longtime boyfriend, Scott Disick, were spotted in Miami as well, just ahead of Thanksgiving. The pair hopped on a flight to enjoy some much-needed “couple time,” a source told Life & Style at the time.

“Due to their hectic schedules, they haven’t spent much time together over the past month, which made the trip even more special,” the insider continued. “They can’t keep their hands off each other!” Sofia, 21, flaunting her curves in a tiny pink swimsuit couldn’t have hurt either. Right, Scott? 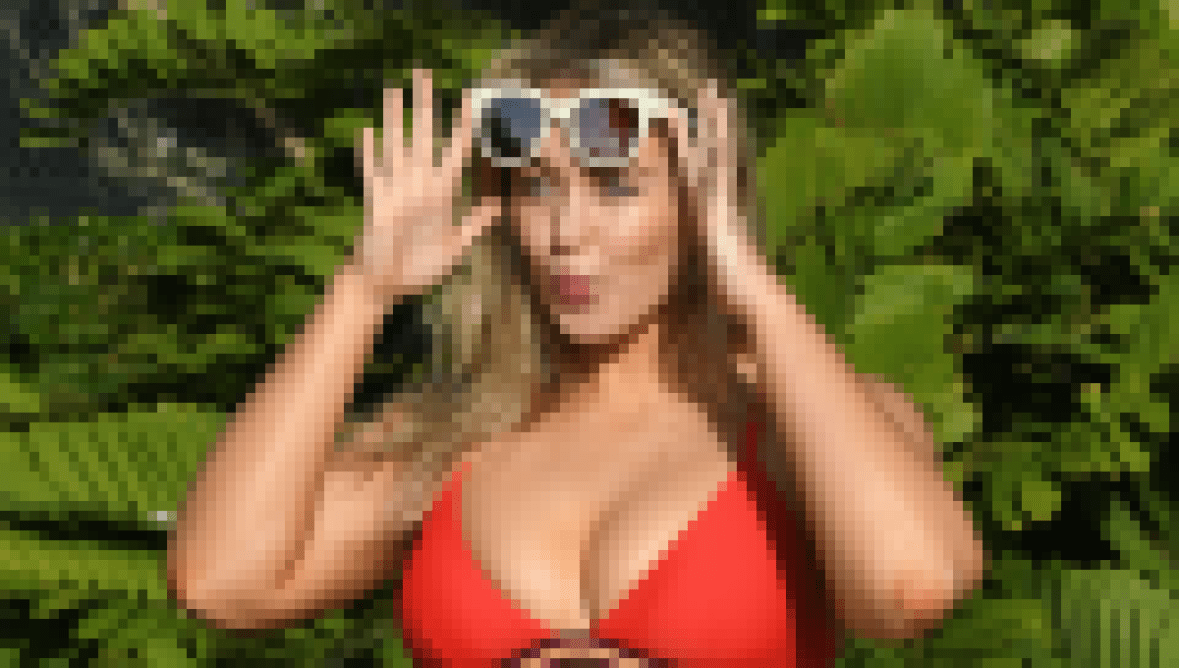 In addition to packing on the PDA, the Flip It Like Disick star and his ladylove also enjoyed some luxe activities. “When it comes to vacations, Scott goes all out  — they’ve watched the sunset from David and Isabela Grutman’s multimillion-dollar yacht, enjoyed romantic dinners and relaxed by the pool,” the insider added.

Other notable babes who have slayed in bikinis this past winter season include Emily Ratajkowski, Hailey Baldwin and Kylie Jenner’s longtime bestie Anastasia Karanikolaou. Scroll through the gallery below to see all of the sizzling photos for yourself!

The pregnant WWE Hall of Famer showed off her growing baby bump in a black bikini while spending time with niece Birdie and twin sister Brie Bella on March 15.

The Victoria’s Secret model flaunted her fit figure on the beach in Miami on March 1. She kept the sun out of her face with a chic fedora and large sunglasses.

Candice was twinning in a similar cheetah print bikini with her model pal in Miami. These ladies always slay!

The former Disney star flaunted her fit figure on February 5, and it has us dreaming of lounging by the pool.

Karrueche stepped out on a Miami beach on February 3, the day after the Super Bowl took place in the city. We have to say, this bikini was a touchdown!

Chantel was also spotted rocking this pink swimsuit and enjoying a popsicle in Miami after the Super Bowl.

Steve Harvey’s stunning daughter celebrated her 23rd birthday with a tropical getaway to Jamaica. Needless to say, she brought the heat!

Jordyn Woods and Normani also attended the tropical girls’ trip. As you can see, both beauties showcased their killer curves in tiny bikinis.

The “Say My Name” singer ended 2019 with a tropical vacation … and she looked so good doing it!

The Bachelor Nation babe jumped on the cheetah print trend with this teeny bikini.

Rawr! Bella Thorne brought the heat when she posed in a leopard print bikini while vacationing in the Dominican Republic.

Is anyone else getting major Kiera Knightly in Pirates of the Caribbean vibes?

Mrs. Bieber is the definition of a beach babe!

Is there anything better than yachting in the winter? We’ll let you know if we ever find out.

Kenny decided to rock a teeny red bikini while reading on a yacht — and we all cried in the cold.

OK, time’s up! Summer needs to get here ASAP.

Ice queen! The Real host shared a series of smoldering bikini-clad photos that showed her relaxing in a jacuzzi while enjoying the gorgeous views outdoors. Sleigh, girl.

‘Real Housewives stars Melissa and Joe Gorga hit the beach to unwind during the holidays, and they couldn’t have looked hotter doing it! The longtime couple even had a little fun when Joe carried his wifey to protect her feet from the hard stones.

The singer rocked a black bathing suit in Miami while she spent time with her husband.

Pretty in pink! The songstress flaunted her toned physique while vacationing in Miami.

The brunette babe looked relaxed while she lounged on the beach in Miami.

Work it! The model showed off her, um, assets in a neon green bathing suit.

The queen of pop worked out in a purple bathing suit. “In 2020, I will be doing a lot more acro yoga and the basics for yoga,” she wrote on the ‘gram.

The reality star wore a leopard bikini with a white top and a hat. Looking cute, girl!

The Disney star showed off her pink cute bikini while her husband napped during their honeymoon in South Africa.

The blonde bombshell shared a series of snaps of herself flaunting her incredible figure on the beach in a black bikini. So … is it summer yet or what?