Another day, another adorable celebrity couple to envy! Rebel Wilson and her boyfriend, Jacob Busch, have quickly become one of Hollywood’s cutest couples — and it’s not hard to see why. Since going public with their relationship in September 2020, the comedian and the Anheuser-Busch heir are constantly fawning over each other on social media.

In fact, Rebel and Jacob hopped on a private jet in October for a loved-up trip to Cabo San Lucas, Mexico, where they shared plenty of scantily clad, PDA-packed selfies. Clearly, these two have chemistry. However, it’s worth noting their connection is hardly skin deep.

“Jacob and Rebel go well together,” a source previously told Life & Style. “He’s so funny and really fun to be around — he makes everyone laugh.” Moreover, the former Pitch Perfect actress and the brewery owner bond over their love of exercise. 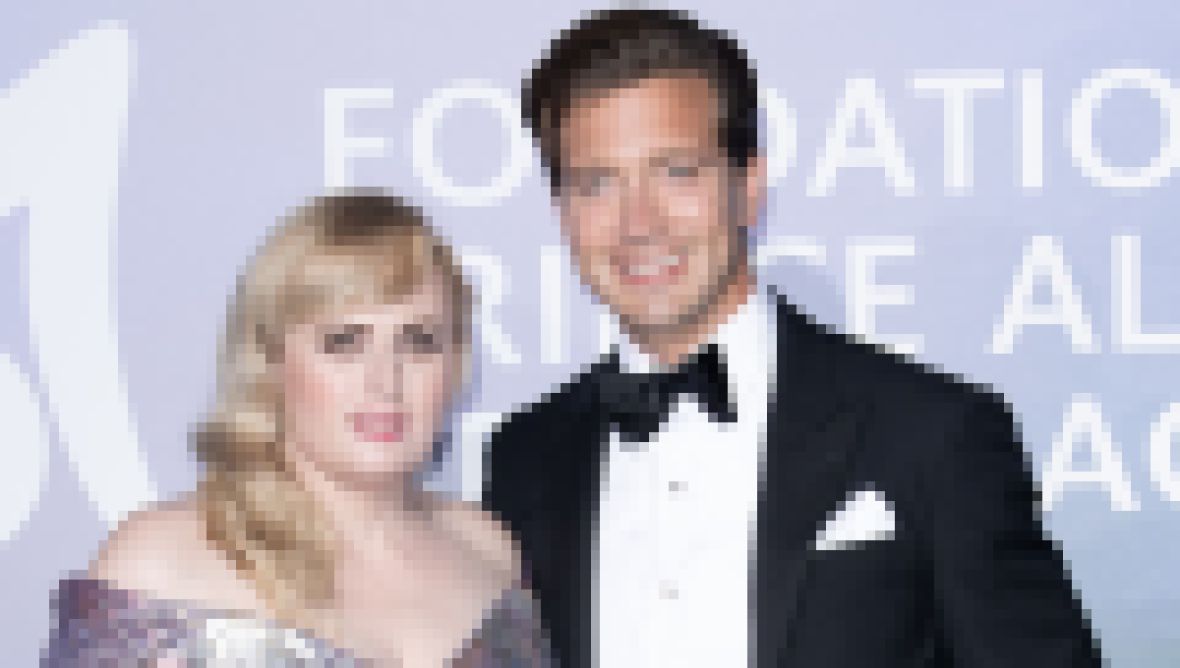 “Jacob and Rebel are both into fitness and getting into shape and they work out together,” the insider added. The Australian A-lister began her weight loss journey in 2016 and has continued to make incredible strides.

In August, Rebel revealed she had just 18 pounds left to lose before hitting her goal weight. “Thanks for all the love so far on my ‘Year of Health’ journey,” she wrote on Instagram at the time. “When I was reaching for the candies last night after dinner, I thought to myself, ‘Hmmm … better not’ and had a bottle of water instead.”

Now that the How to Be Single alum is healthier than ever, we’re not surprised to see her focusing on romance. After all, prior to Jacob, very little is known about Rebel’s dating life. “There’s a few suitors out there. I’m doing this thing called ‘year of love,’ where I’m definitely putting myself out there. It’s kind of like I’m the Bachelorette, but nobody’s filming it right now,” she joked during a May 2019 appearance on The Kyle and Jackie O Show.

“Which I wish they would. I offered Channel Ten to do it, but I had a pretty high price tag,” Rebel continued. “I’ll tell you what, it’s interesting and it’s going well. I don’t think I’ve found ‘The One’ yet — the serious ‘one.’ But I am having a lot of fun.”

According to the source, Rebel and Jacob have “really fallen for each other.” Here’s hoping he’s The One!

To see Rebel Wilson and Jacob Busch’s cutest photos so far, scroll through the gallery below.

Rebel and Jacob sure do clean up nicely.

Even if Jacob isn’t your standard A-lister, he definitely pulls off a tuxedo.

These two can’t seem to get enough of each other.

Their time in the gym is clearly paying off.

We totally see Rebel and Jacob going the distance.

Rebel and Jacob seem like a couple of jokesters.

Look how cute they are holding hands!

Rebel doesn’t seem to mind that Jacob is shirtless a lot.

Rebel shared this cute mirror selfie with her boyfriend on October 24. Lookin’ good, you two!

This pair can’t get enough of one another — or of taking a good selfie.

Jacob got into dancing mode behind his girlfriend as the couple snapped another adorable photo together.

Even with a backdrop like that, Rebel and Jacob steal the show.

Rebel and Jacob are constantly going on hikes and enjoying the great outdoors.