First comes love, then comes … baby! Jenna Dewan and her fiancé, Steve Kazee, make one adorable couple, but it wasn’t that long ago the Step Up alum was married to Channing Tatum. Looking back at the professional dancer and the Broadway performer’s relationship timeline proves they were always meant to be.

Jenna and Steve took their romance public in December 2018 — eight months after she announced her split from Channing. Since then, the happy couple have shared many special moments together. For starters, they’ve adjusted to becoming a blended family with daughter Everly, whom Jenna shares with her ex-husband. In addition, they got engaged in February 2020. One month later, they welcomed their first child together — a son named Callum Michael Rebel Kazee. 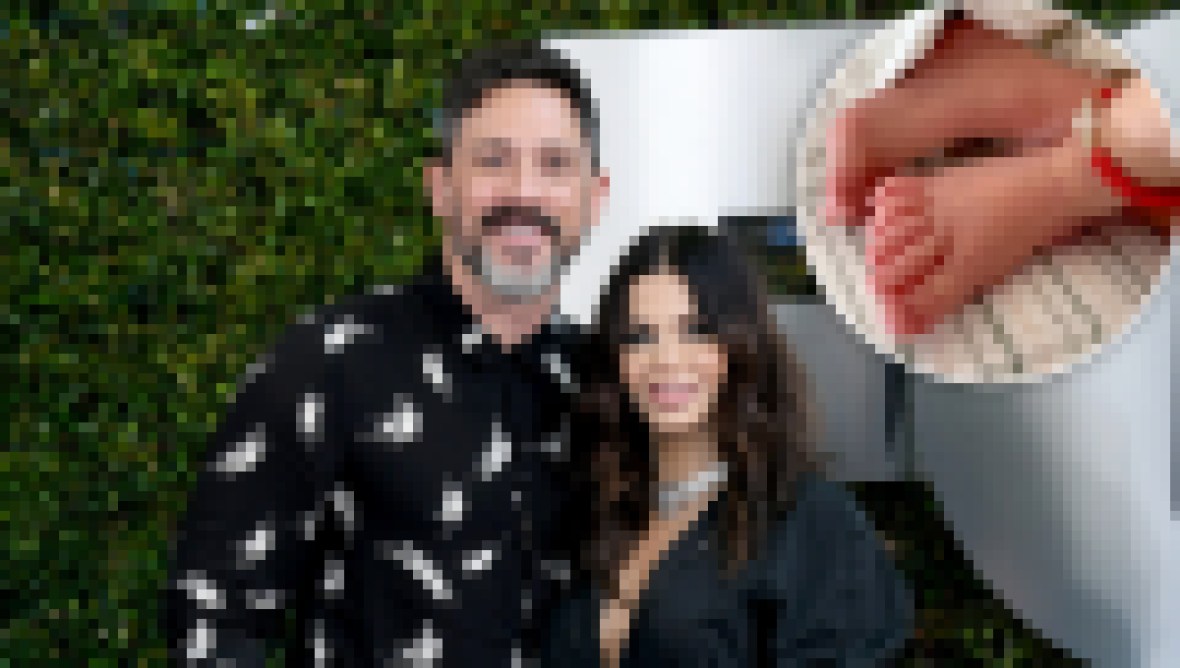 Though the pair did not get together until 2018, they actually crossed paths way earlier. “I had met Steve years ago in a flash, it must’ve been five minutes,” the TV personality told People. “I saw him perform in Once on Broadway and I was just totally blown away by his talent. My mom was with me, and we got to go backstage and meet the actors. He just had a cool [energy] about him.”

However, nothing came of their encounter because Jenna was married to Channing at the time. Fast-forward to six years later, and Steve decided to make a move and call Jenna once he learned she was newly single. They instantly hit it off. “It’s the sparks that fly, and it just works really well,” the brunette beauty told Entertainment Tonight. “I am in a really great place and totally in love. It’s nice.” 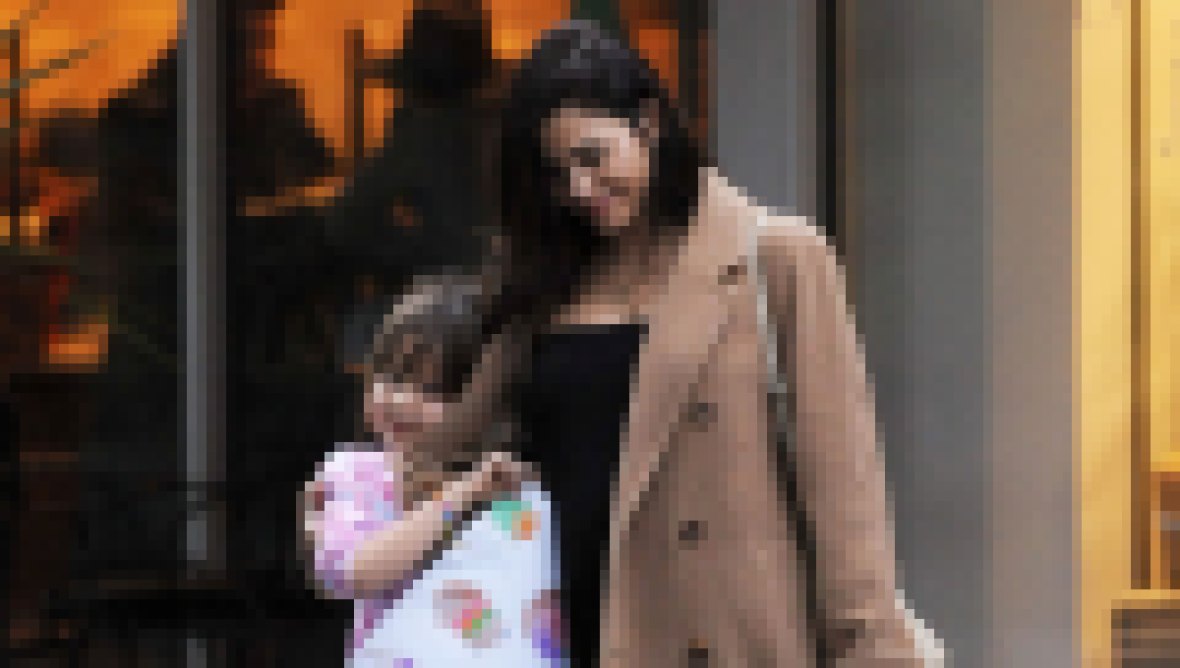 It seems like Steve always had a hunch Jenna was the one for him. “He says he found his dream girl in her and he treats her like gold, Evie too,” a source exclusively told Life & Style. “He supports her and is her No. 1 fan. He gets excited for every little thing they do, like decorating the nursery and taking engagement photos. It’s really sweet.”

Keep scrolling for details on Jenna and Steve’s whirlwind romance.

Jenna and Channing announced their separation on April 2, 2018. “We have chosen to separate as a couple,” their joint statement posted to Instagram read. “We fell deeply in love so many years ago and have had a magical journey together. Absolutely nothing has changed about how much we love one another, but love is a beautiful adventure that is taking us on different paths for now. There are no secrets nor salacious events at the root of our decision — just two best-friends realizing it’s time to take some space and help each other live the most joyous, fulfilled lives as possible.”

They added that they’ll continue to coparent their daughter, Everly. “We are still a family and will always be loving, dedicated parents to Everly. We won’t be commenting beyond this, and we thank you all in advance for respecting our family’s privacy. Sending lots of love to everyone.”

Jenna gave an interview to Harper’s Bazaar, where she talked about being single and how she adjusted to her new life. “The moves I’m making are completely not related to my marriage or separation, interestingly enough. I was always very happy being a wife,” she said, adding that other questions remained like, “‘Who are you? What do you want to give to the world? What excites you?’ Those feelings started bubbling up for me, naturally … so I really wanted to expand my life and myself. And that was my journey, no one else’s.”

“I feel a sense of joy and freedom and excitement, truly, about a new chapter in my life. And I have no attachments to how that’s going to look, or what that’s going to be. I feel really open, and I feel hopeful.”

By October 2018, Jenna officially filed for divorce from Channing citing irreconcilable differences and asking for joint legal and physical custody of their daughter. She also asked to be known as Jenna Dewan, rather than Jenna Dewan-Tatum.

Channing and Jenna are pictured trick or treating with their daughter, just one day after the identity of her rumored new man was revealed.

Jenna and Steve are done hiding and go Instagram official! The Tony-award winning Broadway performer posted a sweet snap of a photo booth pic making goofy faces and kissing Jenna. If that wasn’t adorable enough, he also included a touching birthday message. “Happy Birthday Jenna!” he wrote. “Somehow it feels like my birthday over and over again because I keep getting the gift of you every day. ❤️🐞❤️.”

That same month, the duo got flirty in the comments. In the Insta snap, Jenna is giving the camera a sultry gaze while she’s modeling on a ballet bar. She captioned the photo, “Have you found your favorite yet?? #jennadewanxdanskin.” Steve then responded, “Yes. I have.” Love is officially in the air, folks!

On December 12, Jenna looked red hot in a red jumpsuit and heels at the premiere of Love Actually Live. Although her man didn’t pose with her on the carpet, he was there behind-the-scenes for their sweet date night.

The duo made good on that promise to coparent Everly because the Magic Mike actor said their daughter has been doing more than OK following her parent’s split. “In my opinion and experience, Everly has appeared to adjust to our separation and living in two homes exceptionally well,” Channing detailed in a custody request order obtained by Life & Style. “I believe that she will thrive even more with structure and consistency because she is happy and more relaxed when she knows a plan.”

Steve took to Instagram on Valentine’s Day to gush over his leading lady. “Somehow, inexplicably, I’ve been granted the honor to have this be the person that I get to be side by side with throughout this wild journey we call life,” he began the romantic caption. “Jenna, I don’t know what I did to deserve your love but I will always be so thankful that our lives found their way to each other. Here’s looking at you, kid. Happy Valentines Day, my love.”

Shacking up. A source told Life & Style exclusively in March 2019 that Jenna totally sees a “future” with her man, and she’s super excited about what’s to come. “Things are going so well that they’re already living together,” the insider explained. “He’s great with Everly and that’s encouraging to Jenna, who’d like a couple more kids when the time’s right.”

Fast forward to September 2019 and the two celebrated their anniversary … of adopting their dog! The duo further confirmed their living situation when Steve wrote, “@theellenshow is right! @wagmorpets is awesome! This time last year @jennadewan and I adopted this little fella Cosmo into our family. There are so many wonderful resources out there for finding lifetime homes for animals in need. The next time you are looking for a new furever friend remember to adopt not shop And a huge shoutout to @sallysrescue for all that you do!!”

Jenna hilariously commented on her beau’s heartfelt post and wrote, “Awwwwwwwwwww. Back when he fooled us and we thought he was chill.”

Surprise! The handsome couple announces they’re expecting their first child together. “Well … the news is out. I can’t even begin to describe the feelings that I have had since we first learned that Jenna was pregnant!” Steve wrote on Instagram on September 24. “I have waited my entire life for this moment and couldn’t have found a better person to build a family with. The past year and a half has brought so many things into my life that have filled me with the deepest of gratitude. A partner who radiates love, warmth and kindness. A partner who has faced some of the hardest moments life can deal you with grace, humility and a desire to learn from the ups and downs. A partner who is continuously growing from those lessons and who supports my growth as a person with love, unwavering support and understanding. Jenna also brought with her one of the greatest gifts one could ever imagine … her beautiful daughter. Evie burst into my life like a supernova and has continued to burn so brightly in it. I have learned so much about parenting already from watching how amazing Jenna is with her and Evie has taught me so much about what it means to love and communicate with a child and I can’t wait to give her a sibling and make our little family a little bit bigger.”

Luckily, Everly is on board with a new sibling. “Channing and Jenna know that other children, on both their parts, are probably in their future, and that’s not a problem,” an additional source previously told Life & Style. “In fact, blended families are very normal and Everly hasn’t stopped asking about when she’s going to get a baby sister or brother,” the insider noted. “They’ll cross that bridge when they get there, but it looks like they will eventually get there.”

Boy or girl? Although fans speculated the gorgeous mama is expecting a baby girl, she quickly put those rumors to rest in October. “I’m keeping this secret to myself, but I was not trying to tell any sort of … ” she confessed after many thought the IG photo she posted of a pink bow tied around her tummy meant she was having another daughter. “That was not a gender reveal. I saw a lot of people asking about it and I didn’t even think about that. No.”

So … now that they’re expecting, is a proposal on the way? “Jenna says she’s still waiting for a proposal, but she knows it’s coming,” a source exclusively told Life & Style in November. “Steve isn’t giving away any hints, but friends say it will probably be around the holidays.” We’re keeping our fingers crossed!

According to court documents obtained by Life & Style, Jenna and Channing are declared legally single. However, the former flames still need to settle their child custody agreement as well as their property assets.

On November 24, Jenna showed off her adorable baby bump in a gorgeous pink gown at the 2019 American Music Awards. No, this is not another gender clue. Er, at least we don’t think so!

Jenna and Steve celebrated the holidays together, and the dancer showed off her festive baby bump covered in bows. Steve also cooked his lady a romantic dinner after their Christmas celebrations, so cleary the spark is still alive and well!

Down the aisle! The couple announced on February 18 that they were officially engaged. “A lifetime to love and grow with you … you have my heart,” Jenna captioned a photo of the two kissing on Instagram with a dazzling diamond ring on her finger.

Steve and Jenna welcomed their first child together on Friday, March 6. “And just like that, our hearts exploded into all of eternity and beyond,” the mom of two shared on Instagram. “Welcome to the world, you little angel! Callum Michael Rebel Kazee.”