When it comes to going all the way in the fantasy suite on The Bachelor and The Bachelorette, some stars are more open about what goes down than others. Following hometown dates, the producers offer the suitor and the final three (or four) contestants a chance to escape the cameras and spend the night together. And while viewers assume that most participants hook up behind closed doors, some have chosen to remain abstinent during the reality dating competition. However, other contestants were way more vocal about what happened during fantasy suite dates, including Bachelorette alums Hannah Brown and Kaitlyn Bristowe, former Bachelor Nick Viall and more.

Hannah revealed during season 15 she was intimate with ex Peter Weber during her season of the show. How she spilled the tea on her steamy encounter with the pilot was unforgettable. It all started when contestant Luke Parker expressed he’d “completely remove” himself from the relationship if Hannah ever had sex with “one or multiple of these guys.” Clearly, Hannah was not having it and she made sure to send Luke home once she learned how he felt. 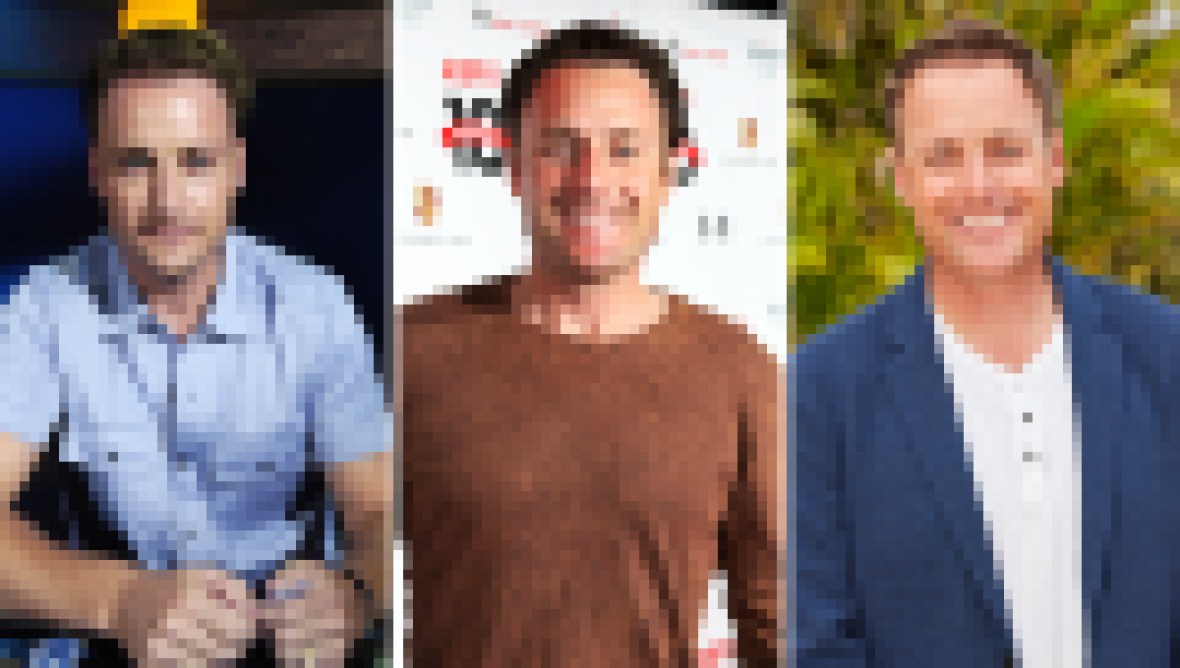 “My husband would never say what you’ve said to me,” Hannah responded to him. “I have had sex. And honestly, Jesus still loves me. From obviously how you feel, me f—king in a windmill, you probably wanna leave.”

Luke was surprised by Hannah’s confession. “I f—ked in a windmill,” she reiterated. “And guess what? We did it a second time!” Hannah has always been open and during the live show, she revealed even more hot tea about her encounter with Peter. “Since it’s out there and I did say there was something that Peter and I did twice — it was actually four times,” she on After the Final Rose in July 2019.

Unfortunately, their romance was short-lived. After the fantasy suite episode, Peter was sent home. The two met up for a candid discussion during his season of The Bachelor, but nothing romantic transpired from that. At least they shared many ~special~ moments together.

In a special with Barbara Walters, Bachelor producer Mike Fleiss revealed the average Bachelor has sex with three women — with Bob leading the scoreboard with five and a half women. We’re going to assume most of it happened in the fantasy suite.

“You don’t buy a car without beating the s–t out of it first. Anything that you are going to have that is expensive or for the long run, you touch it, feel it, squeeze it, break it. That’s the society we live in,” Jesse Csincsak told Hollywood.com. “There’s everything you need to be good about it.”

“For me, you know, I only had one real overnight date,” Ali Fedotowsky told Life & Style about her fantasy suite date with her ex-fiancé. “You sleep with the person. You do. I know a lot of past Bachelors and Bachelorettes sleep with every single person. All three. I did not. I only did with one, but I know that there are people who do.”

“We immediately ripped each other’s clothes off and had intense, passionate sex on the couch in front of the fire,” Courtney Robertson wrote in her memoir. “Producers had left a cell phone for use in case of emergency, but they did not leave us any condoms. We did every position under the sun, but I believe I sealed the deal when we successfully completed the reverse cowgirl.”

The former Bachelorette called sex with Nick “lady-boner killing” in her memoir. “This is sex, dammit … kiss me, love on me, and if you can’t talk without making an utter fool of yourself, then stay silent,” she wrote before adding the experience was not “mind-blowing.”

Josh Murray ended up getting down on one knee, but before that, the two spent some time staying up all night and talking during their date.

“We spent the evening swapping stories, laughing until our stomachs hurt. We talked about our future, our beliefs and our goals in life,” she said. “We were in mid-conversation when the sun came up, beaming through the sheer window panels of our bungalow.” Hmmm … sounds like the night went really well, then.

While playing “Never Have I Ever” with Ryan Seacrest, Kaitlyn confessed she has seen The Bachelor star naked. When asked where it happened, she responded, “Where do you think? The fantasy suite.”

Nick Viall is one to spill the tea. The former flames kissed and flirted at dinner in Ireland, and then eventually had sex back at her hotel room. “Kaitlyn showed a lot of courage by admitting to having sex on national TV knowing that she will be unfairly judged by some. #TheBachelorette,” Nick tweeted at the time. “Both men and women have an equal right to have sex without judgment.”

It seems like Kaitlyn Bristowe and Shawn Booth spent some alone time together — even before the fantasy suite. The reality star admitted to Shawn that she slept with Nick. However, he was the only contestant she told at the time … maybe she didn’t want him to get jealous?

“I know that your biggest thing is trust, and I haven’t talked to anybody else about this — I just know that I wanted to talk to you about it,” she said at the time. “You know I had that one-on-one date with Nick? At night, we went back to my place, and I just feel like it went too far.”

The couple stayed quiet about what happened on their own overnight date, but they did say it was OK to hook up in the fantasy suite. “We’re going to be honest, we’re not lying,” she told People. There’s your answer, folks.

While she did not win the final rose, Raven Gates seemed to score with Nick in the fantasy suite — and she proved it with a snow angel or two. “So I think I don’t really have to say too much,” she told People. “I think the show pretty much captured it.”

However, the brunette beauty dished what actually went down behind closed doors. “When you and Nick had sex and they made you dance in the streets of Finland, how much did you want to kill everyone who made you do that?” asked Claudia Oshry of “The Morning Toast” podcast. “OK, um, I thought it was hilarious, so like, no regrets, you know? I didn’t care,” said Raven. When Claudia asked if they really did consummate their relationship, Raven simply admitted, “no,” while hoping her non-disclosure agreement was over.

While the former couple never directly admitted to sleeping together in the fantasy suite, when asked by late-night host Jimmy Kimmel where they first made love, both responded, “Finland.” You do the math.

Rachel Lindsay admitted she didn’t get “intimate” with every contestant. She added, “I’m a woman of my word,” and “didn’t do it with everyone.” It sounds like something went down between her and her fiancé, Bryan Abasolo, though. These days, the Texas native isn’t afraid to admit that the two have chemistry.

“A perfect date night for us is staying indoors, ordering food, having a drink, being there with our dog and just doing things away from everybody else,” she told People. “And we have great sex. I’m sorry, we do. We’re just very passionate people. I think you saw that between us on the show, and it’s just important to keep that alive.”

Rachel confirmed that she slept with two out of her three final men. “You know what I can confess? People are always like, ‘Were you intimate with everyone in the fantasy suites?’ Two out of three,” she previously told Access Hollywood. “I have never said that before!”

The reality star didn’t name who she did the dirty deed with — her three finalists were Bryan, Peter Kraus and Eric Bigger — but we are putting our money on Peter. The former flames had an instant connection and a very tearful breakup since he revealed he couldn’t propose to Rachel at the end of the show. Therefore, they ended their relationship, but it didn’t mean that the fitness instructor didn’t care about her.

“There is something here that I’ve never experienced, that is undeniable … That is why I’m still here and still fighting for us. I have maybe one thing that I’m still holding onto,” he said.

It might not have worked out for Becca Kufrin and Arie Luyendyk, but at the time, the race car driver admitted he was in love with her. “I’m in the desert on the best date ever,” she said. “Last night was just so good to talk and not only telling Arie that I loved him, but I was shocked when he told me that he loved me. I did not see that coming at all. It’s crazy, but I’m so happy. I’m the happiest girl in the world right now.” Yeah, you were, girl!

The new parents haven’t revealed what happened in the fantasy suite, but it seems like something probably happened since Arie told the blonde beauty he was in love with her.

“You honestly shocked me so much when I sat down here, and you told me you loved me,” she said. We wouldn’t be surprised if they decided to take the next step in their relationship that night.

During the Bachelorette reunion special, Becca gave some insight into what went down when the cameras went away during her fantasy suite date with her ex-fiancé, Garret Yrigoyen. “The night that Garrett and I were together,” she said. “We may have broken the bed. Sorry, mom.” LOL!

Hunky pilot Peter turned out to be the guy Hannah hooked up with in the now-infamous windmill during season 15. She previously admitted that the two did the deed during their fantasy suite date.

The pilot confessed to Madison Prewett, one of his final three contestants, that things got hot and heavy in the fantasy suite with Hannah Ann Sluss and/or Victoria Fuller. “I don’t know how else to do this, but I’ll just be very honest and I won’t give any details, but I have been intimate, and I can’t lie to you about that,” he said during their date.